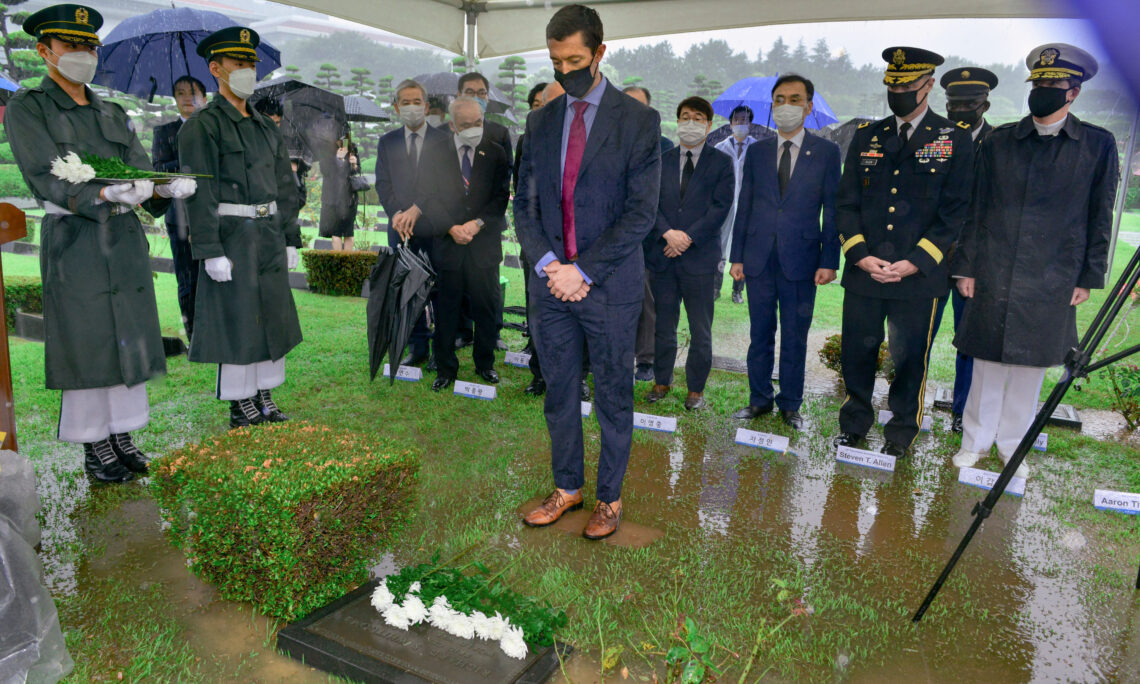 On July 10 in heavy rain, Acting Consul Aaron Tiffany joined many people gathered at the United Nations Cemetery in Korea (UNMCK) to honor the late Brigadier General Richard S. Whitcomb, who served as the Commander of the Korean Base Section during the Korean War.

The late Brigadier General Whitcomb set an example to many by leading relief and reconstruction efforts after the Busan Fire in 1953.  He was instrumental in developing Pusan National University and Maryknoll Hospital in Busan and was also known as the “Father to the Korean War Orphans” as he spent much of his time and energy caring for war orphans.

He passed away on July 12, 1982, and is buried in the United Nations Memorial Cemetery in Korea.