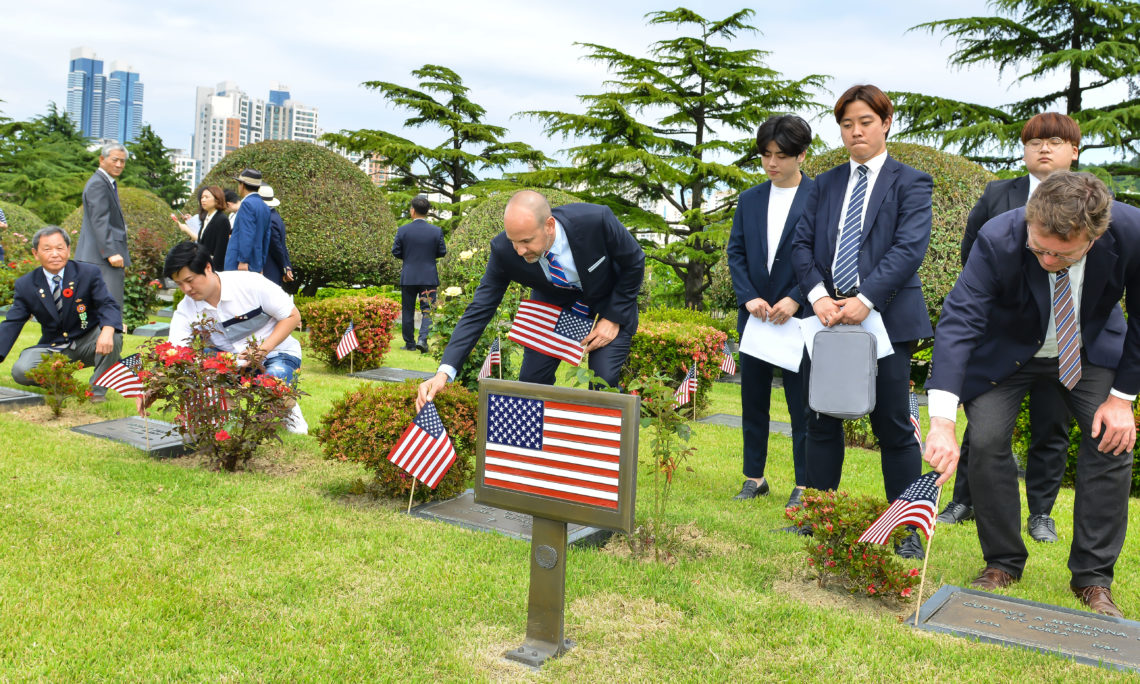 On June 24, Guy Black, a Canadian former volunteer member with the U.S. Department of Defense, visited Busan to attend a commemoration ceremony at the UNMCK, which he had organized on behalf of the Province of British Columbia. At the ceremony he laid a U.S. flag at each grave of the 36 U.S. soldiers buried at the cemetery. Consul Daniel C. Gedacht attended the ceremony and spoke of his appreciation for Mr. Black’s initiative and the close friendship and ties between the U.S., ROK, and Canada.