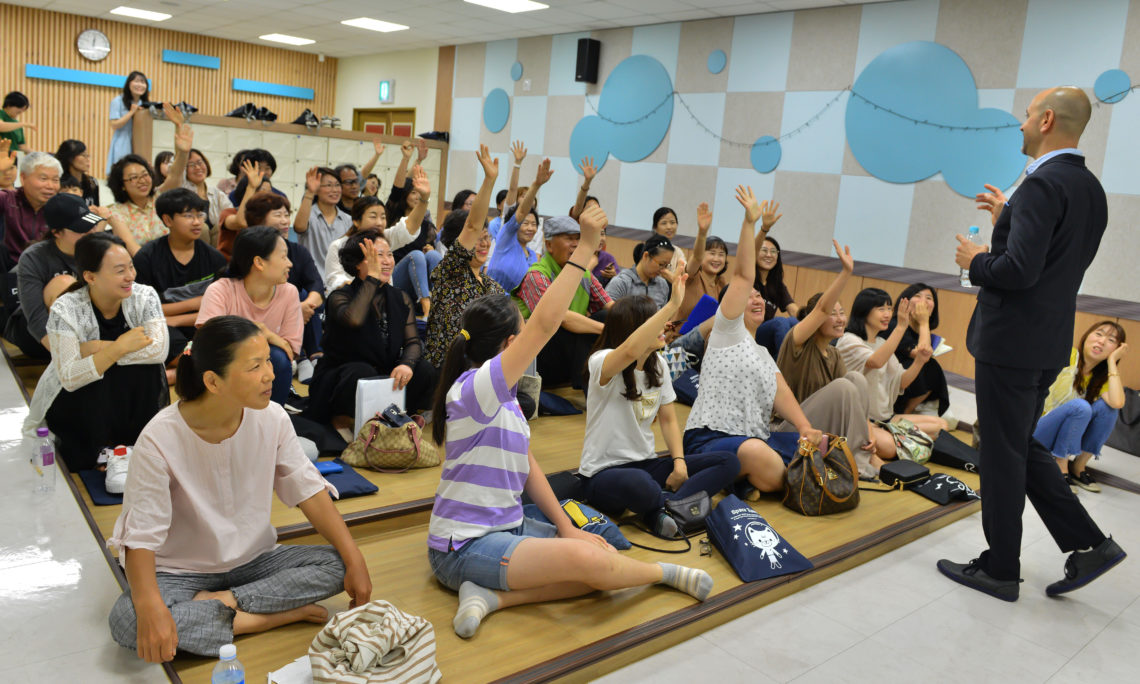 On June 22, Consul Daniel C. Gedacht spoke at Miryang Municipal Library to an audience of over 100 people. Highlighting the importance of tackling the unknown, he shared his experiences as a diplomat and tips on how he acquired five languages with the crowd who enthusiastically asked questions during the Q&A session. He also met with Miryang Mayor Park Il-ho. Since approximately one-third of Miryang’s households are foreign born, the Mayor discussed the city’s approach to welcoming foreigners into the city. He also laid out his plans for the development of a nanotechnology industrial park as a way to create jobs and enhance Miryang’s traditional agriculture sector.