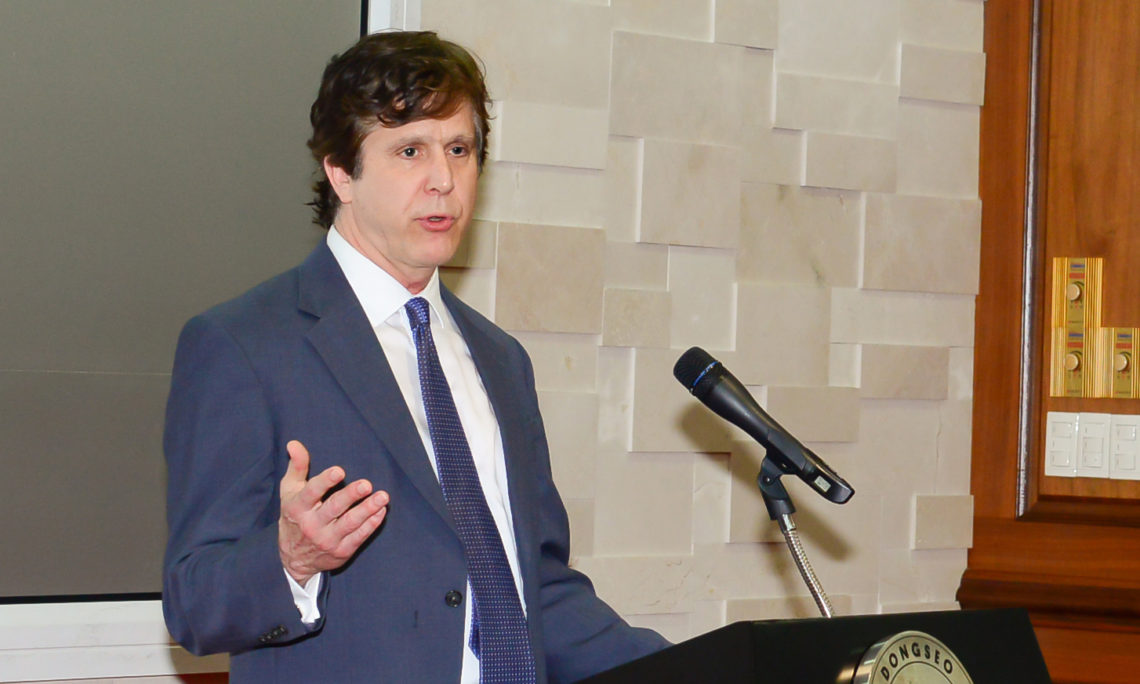 Filling in for Consul Dae Kim for two weeks, Embassy Spokesperson Daniel Turnbull had opportunity to discuss U.S – Korea relations with students at two prominent universities in Busan.  Mr. Turnbull visited Dongseo University and, after a courtesy call with President Chang Jekuk, gave a lecture to forty undergraduate students on the four dimensions—defense, political, economic, and people-to-people—of the Alliance.  Two days later, he gave a similar lecture to 80 undergraduate students of Global Studies at Pusan National University.   Student participation at both events, including some foreign students as well, was lively, particularly in the Q&A sessions.  Students were better able to understand current challenges and opportunities for the Alliance and the Trump Administration’s position on current issues, particularly North Korea, ahead of the U.S. – DPRK summit in Singapore.