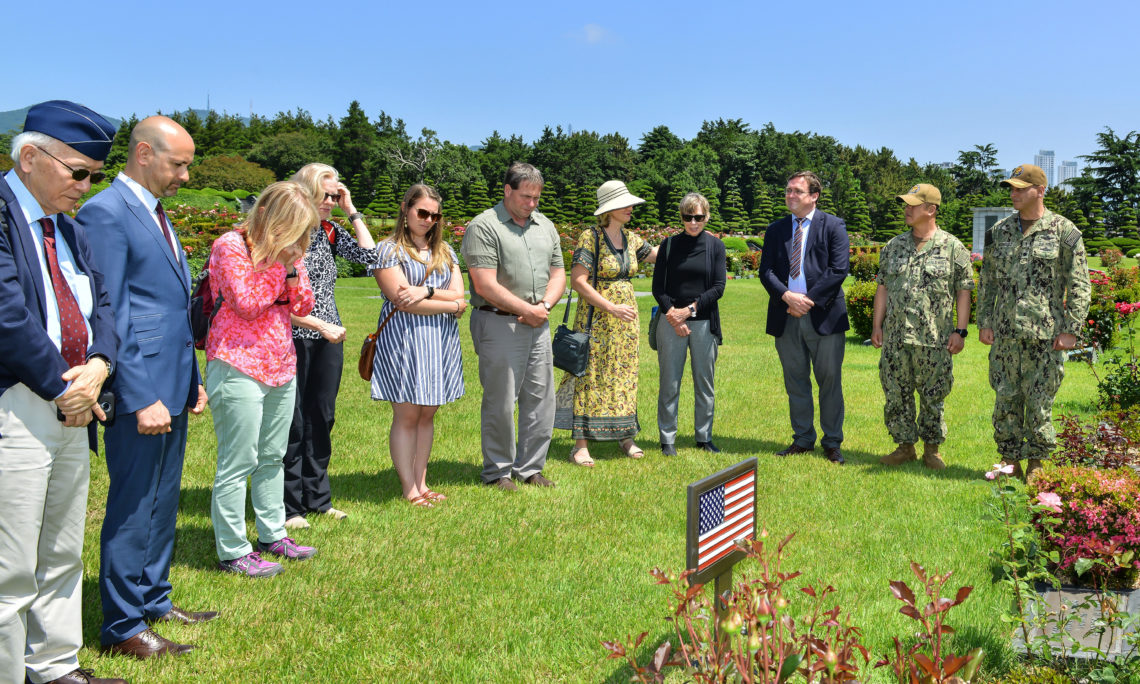 On June 13, the United Nations Memorial Cemetery in Korea (UNMCK) and Consul Daniel Gedacht welcomed the family of the late Glenn Zachow to Busan.  Zachow, who served as an infantryman in the 7th Division of the U.S. Army during the Korean War, had requested that a lock of his hair be buried in Korea following his death.  Family and friends of Mr. Zachow reached out to the Consulate, which worked with UNMCK to arrange for a quiet ceremony commemorating his life and service in Korea.