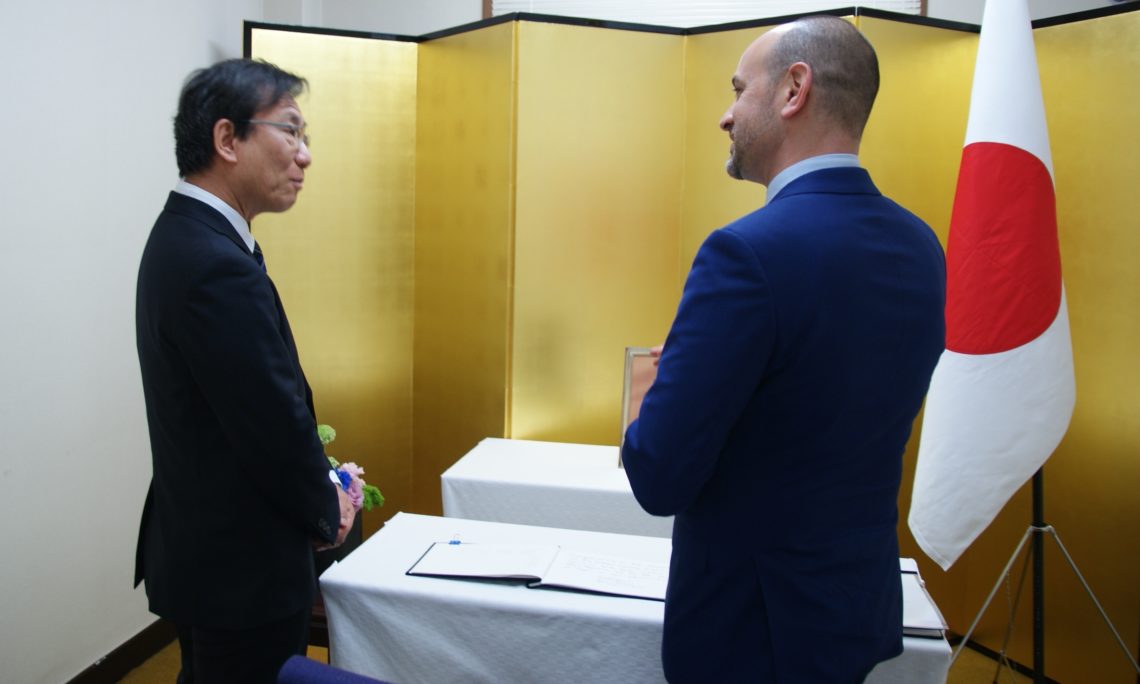 Consul Daniel C. Gedacht made a visit to Consulate General of Japan in Busan on May 8 to extend congratulations to Japan’s new Emperor Naruhito. After signing a Congratulatory Book for the newly crowned Emperor, Consul met with Consul General Hisashi Michigami and expressed his well-wishes for Japan’s lasting peace and prosperity under the new imperial era of Reiwa.