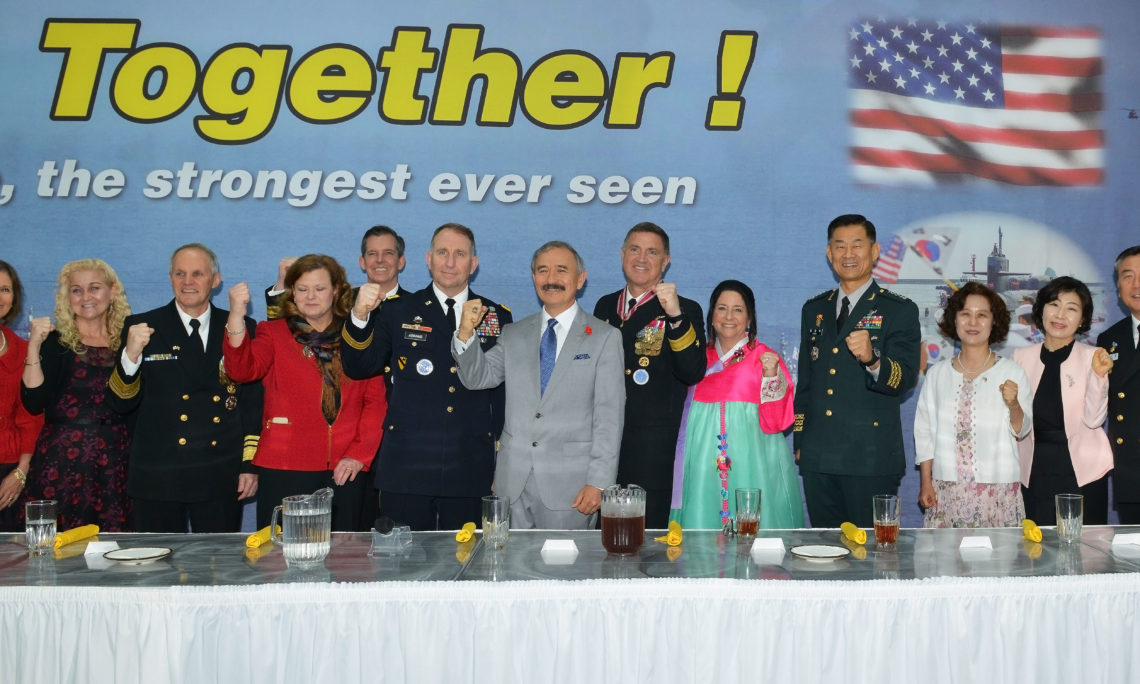 Ambassador Participates in the Change of Command Ceremony for U.S. Naval Forces, Korea