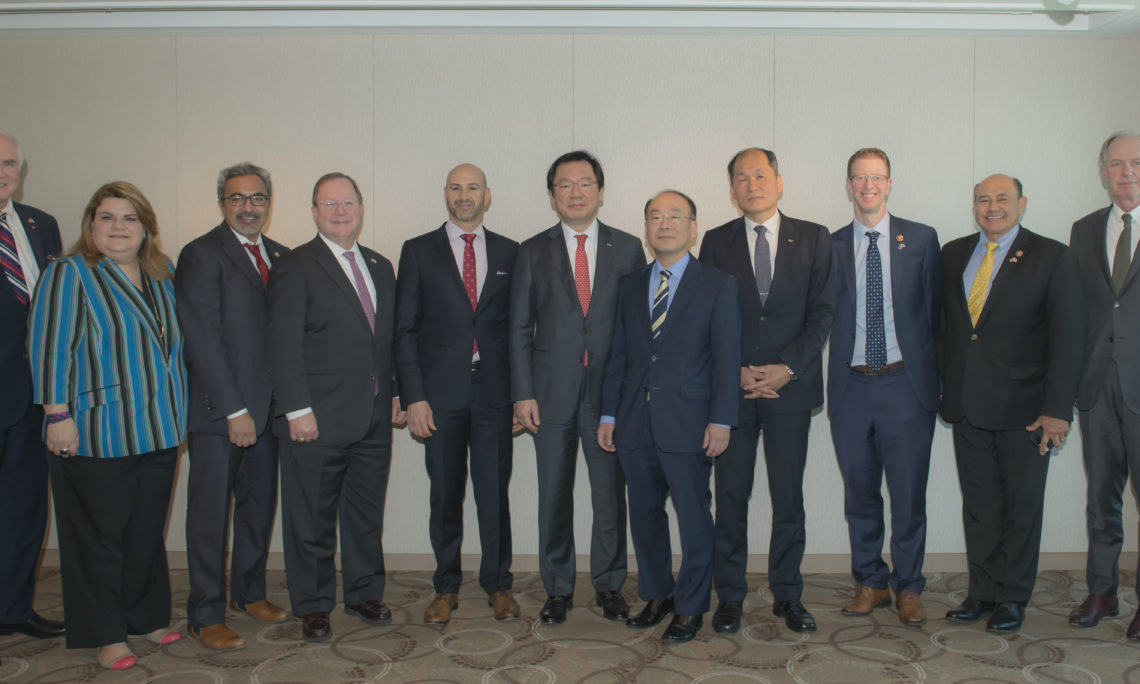 On April 17, a delegation of six sitting members of the U.S. House of Representatives met with academic and economic experts to discuss political and economic challenges facing Busan.  The 2019 Congressional Study Group Korea (CSGK), organized by the Former Members of Congress visited Seoul and Busan for seven days for legislative exchanges which facilitate dialogue between Members and Senior Staff of the U.S. Congress and their counterparts in Korea. Consul Daniel C. Gedacht and other attendees (President of Dongseo University, a professor of Pusan National University, and Vice President of Busan Port Authority) joined the roundtable and shared thoughts and opinions on Busan’s trade and economic outlook.