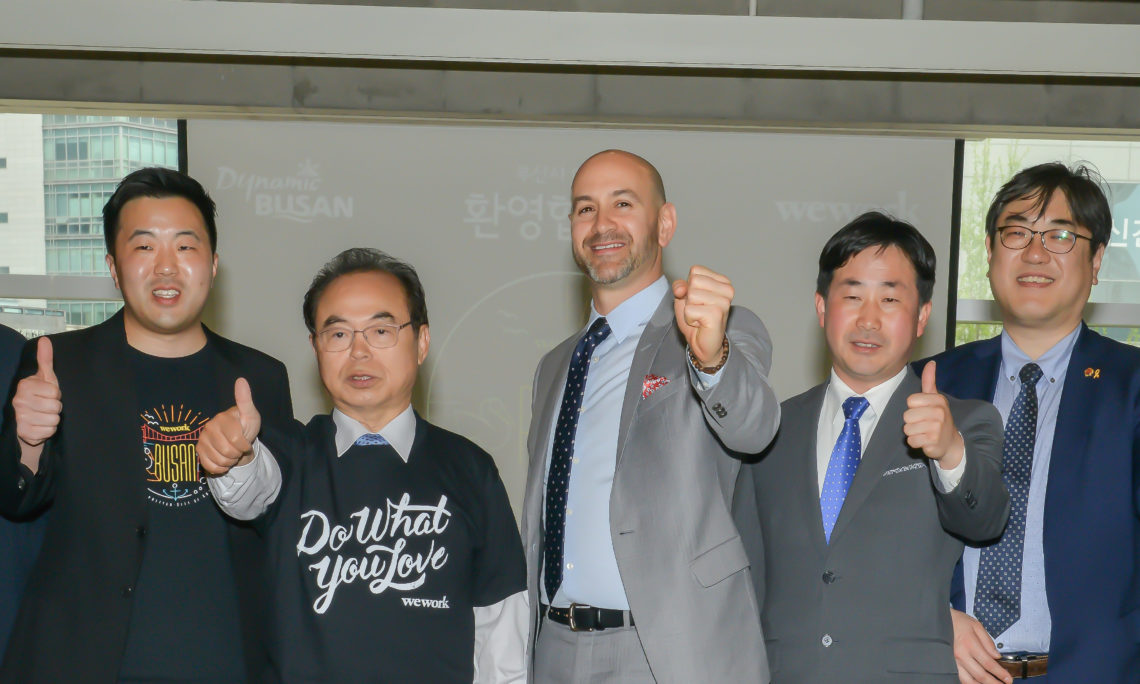 On April 9, WeWork, an American company that provides shared workspaces and services opened its first branch in Busan, and the 15th in Korea. Consul Daniel C. Gedacht joined the opening ceremony with Busan Mayor Oh Geo-don at the newly opened branch to congratulate the company’s arrival in Busan. At the beginning of the ceremony, General Manager of WeWork Korea Matthew Shampine expressed his deep gratitude for the city’s involvement and support.