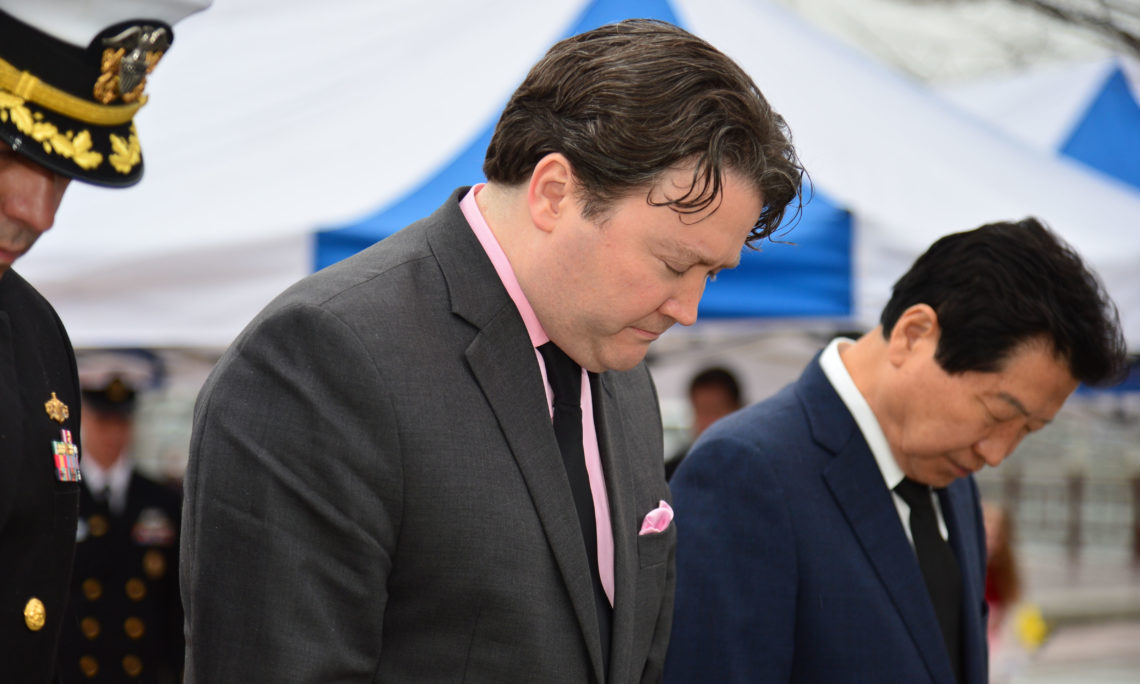 On April 5, Chargé d’ Affaires Marc Knapper, along with Changwon Mayor Ahn Sang-soo and Commander Jeremy Ewing of Commander Fleet Activities Chinhae, laid a wreath at the statue of the late Han Joo-Ho, a Navy warrant officer of Underwater Demolition Team who died in 2010 while trying to rescue the crew of the ROK Navy ship Cheonan, which sank from a torpedo fired from a North Korean submarine.  This wreath-laying event commemorates the eighth anniversary of the death of the Korean navy hero.