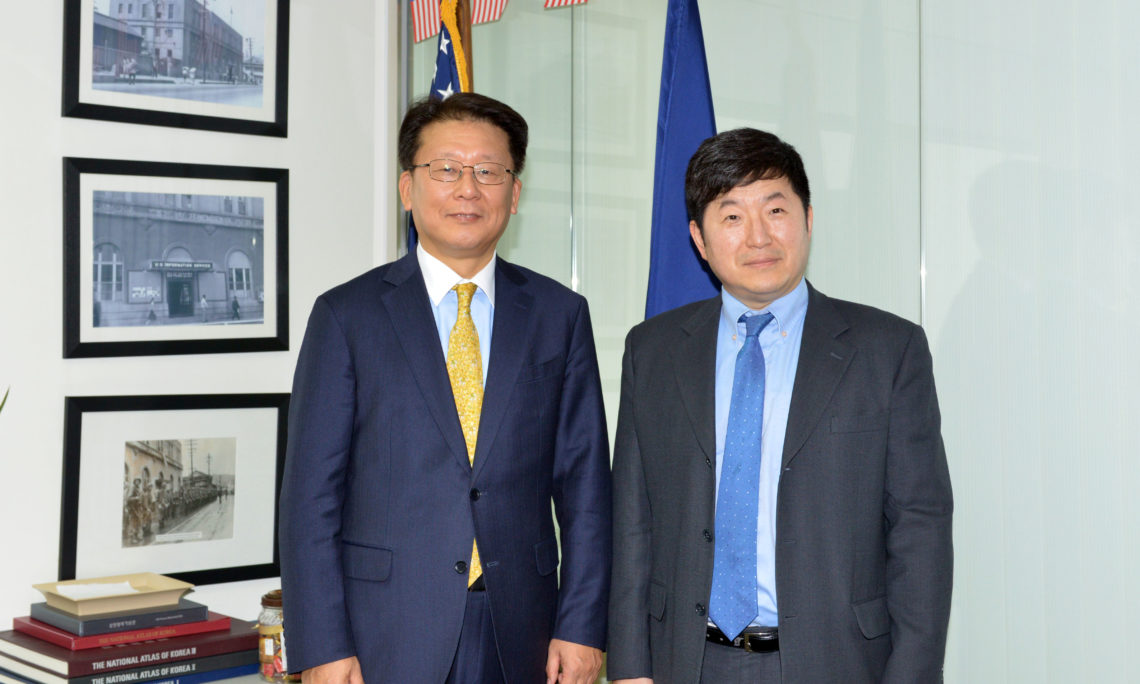 On March 9, Busan city’s new Ambassador for International Relations WOO Kyoung-ha paid a courtesy call on Consul Dae B. Kim.  After exchanging pleasantries the Ambassador expressed hope that the Consulate would provide Non-immigrant visa (NIV) services in the near future to obviate the need for citizens of Busan and nearby regions to travel to Seoul for a visa.  The “Ambassador for International Relations” in Busan and other Republic of Korea (ROK) metropolitan cities is an ROK Ministry of Foreign Affairs official dispatched to the city to advise the mayor on international affairs.