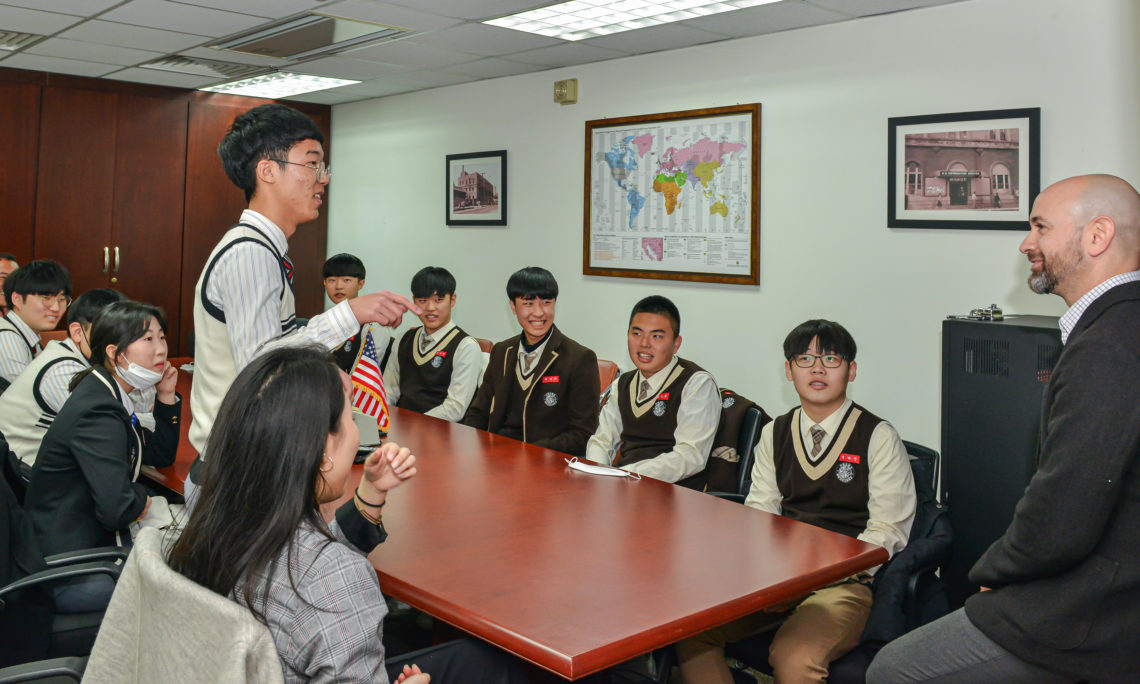 On February 21, Consul Daniel C. Gedacht welcomed 12 students from two high schools in Gimhae, led by their Fulbright English Teaching Assistants.  The students visited the Consulate as part of the Model United Nations convention class, and had an opportunity to learn about the role and function of the U.S. diplomatic mission in Korea.  Sharing his work experiences as a U.S. diplomat representing U.S. Missions in several overseas countries, Consul Gedacht fielded questions from the students on U.S. politics, formal diplomatic relations with foreign countries, and the challenges of a career in the Foreign Service.