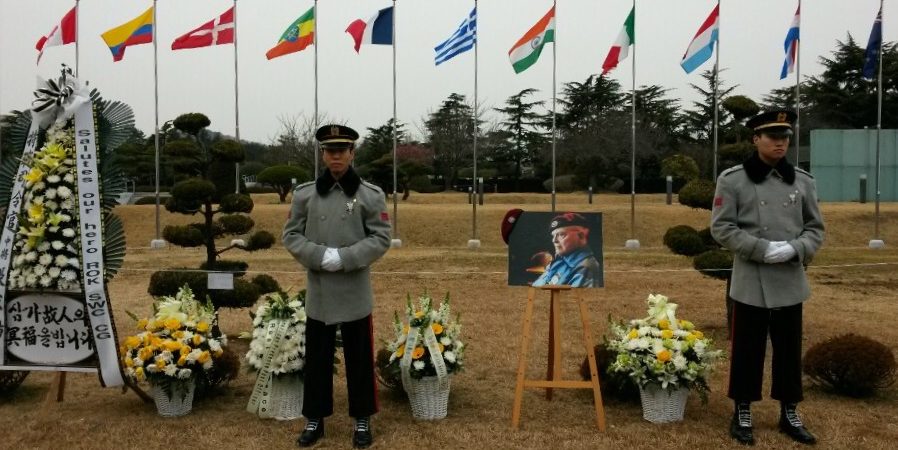 An interment ceremony of a Korean War veteran, retired Major Bernard James Delahunty, took place at the United Nations Memorial Cemetery in Korea (UNMCK) on February 20, 2016.  During the Korean War, he served in combat with the 38th Infantry Regiment, 2nd Infantry Division.  Major Ben Delahunty was one of the few remaining American Korean War veterans.  Robert Ogburn, Minister-Counselor for Public Affairs at the U.S. Embassy in Seoul, and Consul Dae B. Kim represented the U.S. Mission in Korea at the ceremony and paid respects to the deceased.