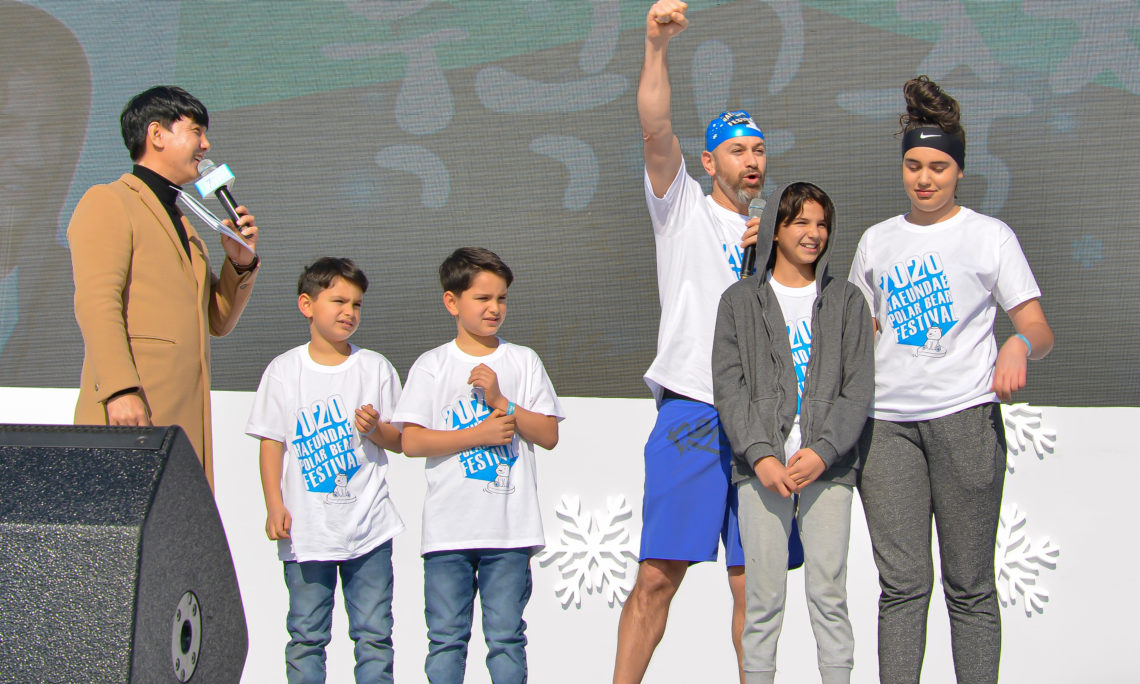 On January 5, Consul Daniel C. Gedacht and his children joined more than 5,000 ‘polar bears’ jumping to the sea at the 33rd Annual Polar Bear Festival at Haeundae Beach. The Polar Bear Festival, selected by the BBC as one of the world’s top 10 unusual winter sports, attracted more than 5,000 participants and 60,000 visitors this year, including 300 foreigners from 15 countries. After urging on the crowd from the stage, Gedacht joined over 5,000 Busanites and plunged into the cold sea.