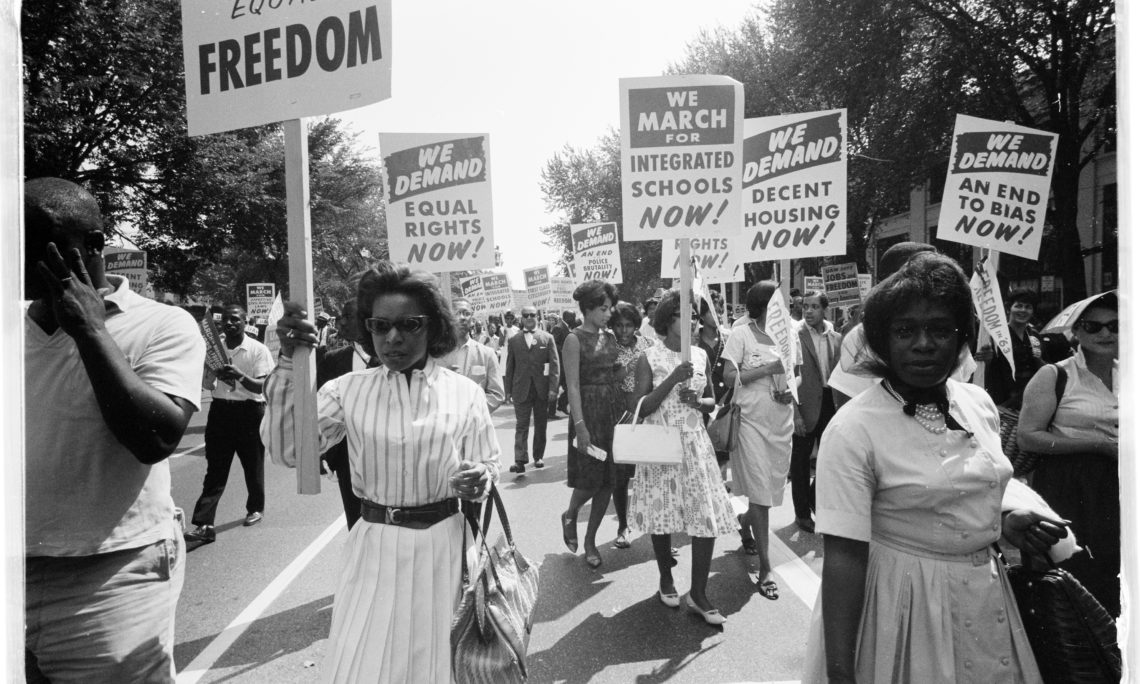 Black History Month was the inspiration of Carter G. Woodson, a noted scholar and historian, who instituted Negro History Week in 1926. He chose the second week of February to coincide with the birthdays of President Abraham Lincoln and the abolitionist Frederick Douglass. The celebration was expanded to a month in 1976, the nation’s bicentennial. Each February, Black History Month honors the struggles and triumphs of millions of American citizens over the most devastating obstacles: slavery, prejudice, poverty as well as their contributions to the nation’s cultural and political life.

America’s greatness is a testament to generations of courageous individuals who, in the face of uncomfortable truths, accepted that the work of perfecting our Nation is unending and strived to expand the reach of freedom to all.

Martin Luther King Jr.’s dream has returned to Washington. The memorial honoring King’s legacy opened to the public for the first time August 22. Built on four acres of the National Mall, the memorial includes a 450-foot inscription wall with more than a dozen quotations selected by a council of historians from King’s writing, sermons and speeches.

Washington — Each February, Black History Month honors the struggles and triumphs of millions of American citizens over the most devastating obstacles — slavery, prejudice, poverty — as well as their contributions to the nation’s cultural and political life.

This article is excerpted from Abraham Lincoln: A Legacy of Freedom, published by the Bureau of International Information Programs.

America’s most diverse generation yet names its civil rights heroes. Look at one urban neighborhood’s rise, fall and revival. See how English is learned across America. Plus, real inventions you thought only superheroes had.

A history of the contemporary civil rights movement in the United States, including a chronology of key events, brief biographical information on two centuries of African-American leaders, and excerpts from King’s speeches and writings.

Martin Luther King Jr. dedicated his life to the nonviolent struggle for racial equality in the United States. January 17, 2011, marks the 25th anniversary of Martin Luther King Day (see MLK Day of Service website), ), a federal holiday that honors King’s legacy and challenges citizens to engage in volunteer service in their communities. It is observed on the third Monday of January.

Protection begins the first movement of a four-part series of paintings by African-American artist Joseph Holston. The painting is an image of paternal security prior to the future slaves’ removal from their communities in Africa.

This video was produced by the Department of State’s Bureau of International Information Programs in January 2012. The speakers are Lieutenant Junior Grade La’Shanda Holmes, the first female African-American helicopter pilot for the U.S. Coast Guard, and Commander Timothy J. Schang.