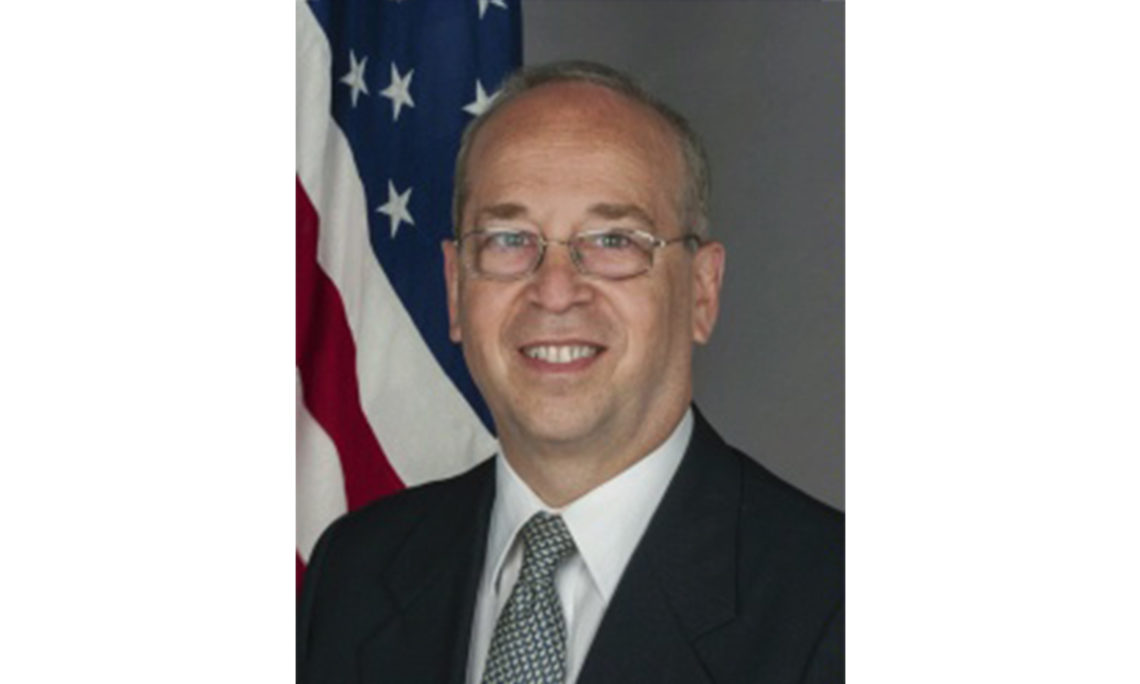 Chairman Gardner, Ranking Member Cardin, and Members of the Subcommittee, thank you for the opportunity to appear before you today to testify about the U.S. response to the threat from North Korea.

The Challenge Posed by a Belligerent North Korea

The continued development of North Korea’s nuclear and ballistic missile programs is a threat to the United States homeland, our allies, and the peace, security, and stability of the region. Two nuclear tests and an unprecedented series of ballistic missile launches this year flagrantly violate United Nations Security Council Resolutions (UNSCRs). Moreover, North Korea has repeatedly threatened to attack the United States and our allies with nuclear weapons.

The threats have become more frequent and the rhetoric more alarming. Mere days ago, North Korea’s foreign minister delivered a defiant speech to the UN General Assembly, stating that the United States will “face consequences beyond imagination” from North Korea. During August’s annual military exercise with the Republic of Korea (R.O.K.) and following the announcement of the planned deployment of the Terminal High Altitude Aerial Defense (THAAD) system, Pyongyang explicitly warned of pre-emptive nuclear strikes against the United States and our allies.

Significant advances in North Korea’s nuclear weapons and ballistic missiles programs underpin this bellicosity. These programs are funded at the cost of the well-being of the North Korean people, who suffer economic deprivation and horrific human rights abuses at the hands of the Kim Jong Un regime.

The goal of our policy towards North Korea is the denuclearization of the Korean Peninsula in a peaceful manner. The North Korea itself committed to this goal in the September 19, 2005 Joint Statement of the Six-Party Talks. However, since making that pledge, North Korea abandoned the Six-Party Talks, rejected negotiations on denuclearization, and conducted five nuclear tests and a series of ballistic missile launches, in flagrant violation of its international obligations and commitments.

Our policy is grounded in three tracks: deterrence, pressure, and diplomacy. It seeks to convince Pyongyang to return to the negotiating table and agree to complete, verifiable, and irreversible denuclearization.

To deter a North Korean attack, we maintain a strong defensive military posture, rooted in our ironclad alliances with the R.O.K. and Japan. We consistently and publicly reaffirm our commitment to our Allies and continue to work with the R.O.K. and Japan to develop a comprehensive set of Alliance capabilities to counter the multiple threats, including in particular the North Korean ballistic missile threat.

We have pursued a comprehensive, sustained pressure campaign – of which sanctions are a key part. The goal of this pressure is to raise the cost to North Korea for violating international law and to impede the North’s ability to participate in or to fund its unlawful activities. We are steadily tightening sanctions in an effort to compel the Kim regime to return to credible negotiations on denuclearization by targeting the regime’s revenue and reputation.

We have made repeated diplomatic overtures to North Korea signaling our commitment to the 2005 Joint Statement and our willingness to engage in credible and authentic talks aimed at restarting negotiations on denuclearization. We also are engaged in diplomatic effort to build more rigorous and universal enforcement of Resolution 2270’s sanctions measures, and to block illicit North Korean WMD and proliferation-related actions.

North Korea views diplomatic meetings and visits as important markers of its international legitimacy. This month, we instructed our embassies around the world to ask host governments to condemn the test and take further additional actions to downgrade or sever diplomatic and economic ties. As of September 25, 75 countries have issued statements condemning the test and several others have cancelled or downgraded planned meetings or visits with officials from North Korea.

Sanctions are an important component of our strategy for impeding the D.P.R.K.’s unlawful programs and, ultimately, compelling it to negotiate a freeze, rollback, and elimination of its nuclear program. The sanctions applied to date have created significant problems for the North Korean regime, but they have not yet caused the D.P.R.K. to change course. The Administration in close coordination with our key allies is continually examining our sanctions toolkit and identifying ways to improve their efficacy.

North Korea poses particular challenges from a sanctions perspective, given its relative economic isolation. Unlike Iran, whose mid-sized economy was predicated on an industry that needed access to the international financial system, North Korea is one of the least developed economies on the planet. The country prides itself on an ideology which values self-reliance above all. This isolation and economic immaturity preclude a sanctions response based solely on U.S. domestic authorities.

North Korea’s economy is heavily dependent on China. The Administration has engaged Beijing at the highest levels to seek greater Chinese cooperation is imposing costs on North Korea for its threatening behavior. We regularly urge China to do more to prevent North Korea from using Chinese companies or infrastructure in ways that can benefit the D.P.R.K.’s illicit activities. We have also taken a number of actions in conjunction with partners around the world to close off revenue streams from outside China.

UN Security Council Resolutions have played an important role in our pressure campaign on North Korea, because they have the power to impose universally binding sanctions. The five UNSCRs on North Korea (1695, 1718, 1874, 2087, and 2094) adopted between 2006 and 2013 target North Korea’s missile and nuclear programs. While these resolutions have an impact, their targets were narrowly focused.

However, in March 2016, UNSCR 2270 imposed for the first time measures targeting economic activities that support the Kim regime broadly, not just revenue streams directly connected to the nuclear and ballistic missile programs. UNSCR 2270 includes unprecedented inspection and financial provisions, including mandatory inspections of cargo to and from North Korea, and a requirement to terminate banking relationships with North Korean financial institutions.

In order to maximize global implementation of UNSCR 2270, the Administration has strengthened efforts to provide information and expertise to the Security Council’s North Korea Sanctions Committee and its Panel of Experts. We continue to engage in vigorous outreach to member states to highlight these new international obligations, build capacity globally, and bring attention to implementation gaps.

U.S. Authorities and Other National Sanctions

In the wake of the January 2016 nuclear test, Congress and the Administration worked together to adopt broad domestic authorities that operate on the principle that we must go after all revenue streams that support the Kim regime. The North Korea Sanctions and Policy Enhancement Act (NKSPEA or the Act) was signed by President Obama in February 2016.

In the seven months since its enactment, the Administration has been vigorously implementing the Act.

Further, our partners and allies around the world have also implemented their own strong domestic sanctions regimes, going far beyond that required by UNSCRs. These include South Korea, Australia, Japan, Canada, the EU, and other countries.

Our diplomatic campaign to leverage UNSCRs, other multilateral efforts, and national authorities has produced results. Recent successes include:

There is more to do. North Korea’s coal exports, mostly to China, generate over $1 billion in revenue for the regime annually and account for about a third of all export income. We are working to build on previous UNSCRs to address loopholes that allow North Korea to export coal and iron ore, earning precious foreign currency for the Kim regime on the backs of enslaved workers, including children. North Korea’s shipping lines limp along, despite years of sanctions and key victories like the seizure of arms aboard the Chong Chon Gang and the impoundment of the Mu Du Bong. North Korea’s export of labor continues to provide a source of revenue for the regime.

We are not yet satisfied and believe there is more we can do. Much will depend on China, which is by far North Korea’s greatest trading partner. China consistently says that it opposes North Korea’s ballistic missile launches and nuclear weapons programs. China has supported the adoption of UNSCRs on North Korea, including UNSCR 2270. China also supported the Security Council’s press statement in response to the latest nuclear test, which stated that the Security Council will begin work immediately on sanctions in a new Security Council resolution. Securing increased cooperation and application of pressure on North Korea is a major goal of our diplomacy with China.

We recognize China’s concerns that pressure on North Korea could precipitate a crisis, but we point out that its nuclear and missile programs pose a far greater threat to regional security. We acknowledge China’s steps to implement UN sanctions but repeatedly urge China to improve implementation and apply pressure needed to effect a change in North Korean behavior.

China has objected to U.S. actions intended to strengthen our defenses against North Korean military threats to ourselves and our allies, but we make clear that we will take all necessary steps to deter and defend against those threats. We closely coordinate with China on sanctions and other measures to counter North Korea’s problematic behavior, but we have not shied away from unilateral actions against North Korean actors, including those located in China.

Today’s hearing provides us an opportunity to send a strong, clear message of resolve to hold North Korea accountable to its commitments and international obligations. As Secretary Kerry affirmed at the UN General Assembly, every country has a responsibility to vigorously enforce UN sanctions to ensure that North Korea “pays a price for its dangerous actions.” With the UN and our allies, more remains to be done; we intend to pursue the global pressure campaign on North Korea more generally, and to urge, and where necessary push, other countries to join that effort.