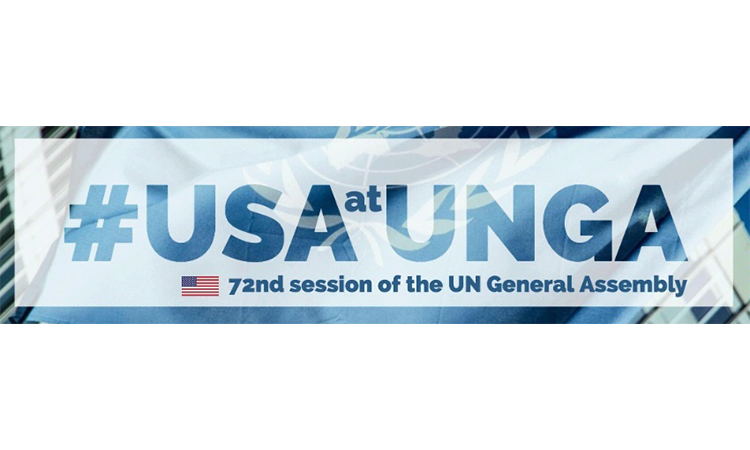 The 72nd session of the UN General Assembly (UNGA 72) opened at the UN Headquarters in New York City on Tuesday, September 12, 2017. During this session of UNGA, the United States will have numerous opportunities to engage multilaterally and bilaterally to advance U.S. priorities in five key areas: addressing the threat to global peace and security posed by North Korea; deescalating the conflict in Syria; broadening multilateral counterterrorism efforts to defeat ISIS and other terrorist organizations; taking bold steps on UN reform; and bolstering support for humanitarian assistance to ongoing emergencies, in particular for refugees and the communities that host them. Check this site for the latest information and releases surrounding U.S. participation in UNGA 72.

The briefing took place at 1:15 p.m. in the White House Press Briefing Room.