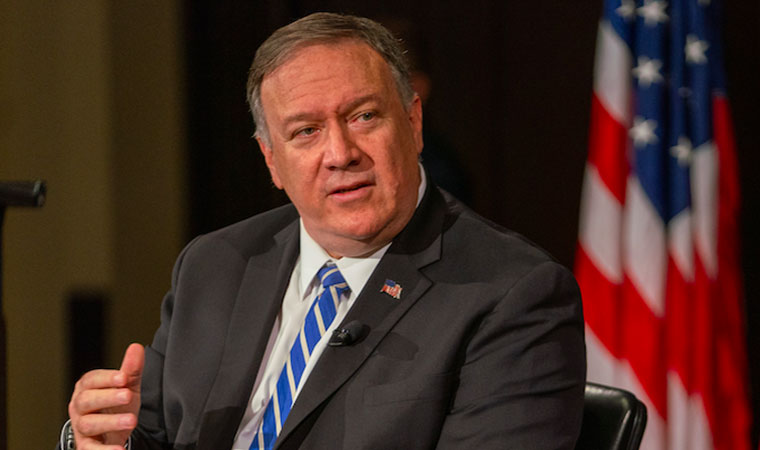 QUESTION:  Let me move you to North Korea, because just before you came in, Mr. Secretary, a couple of things were announced by the state media in North Korea.  One, that, according to Kim Jong-un on the state media, the world will, quote, “witness a new strategic weapon to be possessed by the DPRK,” meaning North Korea, in the near future, and that North Korea is ending its moratorium on nuclear and ballistic missile testing. Have you ever been more concerned about the future of U.S.-North Korean relations than you are right now?

SECRETARY POMPEO:  I was more concerned about it when this administration took office.  We were in a place where it was very likely that we would have ended up in a war with the Democratic People’s Republic of Korea, North Korea.  President Trump has taken an approach where we’ve tried to develop a diplomatic pathway.  We hope that the North Koreans will reconsider, that they’ll continue down that pathway.  It’s important.  It’s the right solution.  We want peace, not confrontation.

QUESTION:  These two announcements do not alarm you?

SECRETARY POMPEO:  I’m concerned about a lot of things every day, Major.

SECRETARY POMPEO:  I’ll be honest.  I saw this —

QUESTION:  — does it strike you as a turnaway from where you were, where the U.S. and North Korea were?