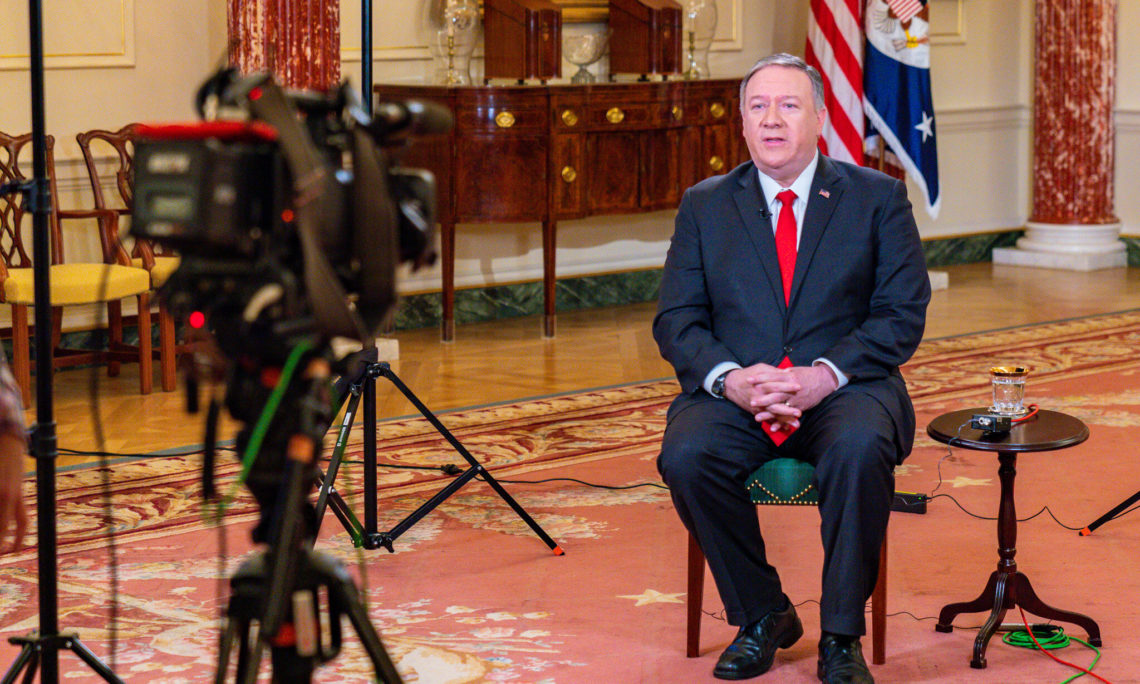 QUESTION:  Real quick, though.  Last question.  North Korea has been a big issue for the Secretary of State and Defense, and they had promised a Christmas gift, a missile test, if their demands weren’t met.  Are you anticipating anything from North Korea, Mr. Secretary?

SECRETARY POMPEO:  It’s a great question.  We’re watching it closely.  We’re monitoring.  We’re watching the North Korean end-of-year sessions where their leaders all get together has gone on for an additional day.  We’re watching very closely.  It’s – President Trump set out when he came into office to take down the risk that President Obama had identified of going to war with North Korea.  He did so by engaging in personal diplomacy.  I worked hard on the file as well.  We’re still – maintain our view that we can find a path forward to convince the leadership in North Korea that their best course of action is to create a better opportunity for their people by getting rid of their nuclear weapons.  That’s our mission set.  We’re watching what they’re doing here in the closing days of this year, and we hope that they’ll make a decision that will lead to a path of peace and not one towards confrontation.

QUESTION:  Well, Mr. Secretary, there was a lot of optimism on North Korea.

QUESTION:  Meetings and historic events.  But yet they haven’t seemed to move much.  Is there a point at which the strategy might have to change?

SECRETARY POMPEO:  We always stare at it.  We’re always looking and thinking, do we have it right?  Do we have the approach right?  At this point, we’ll continue to work down this path.  We remain more hopeful than others, but in – North Koreans get to make a choice.  We hope they’ll make the right one.  [Full Text]