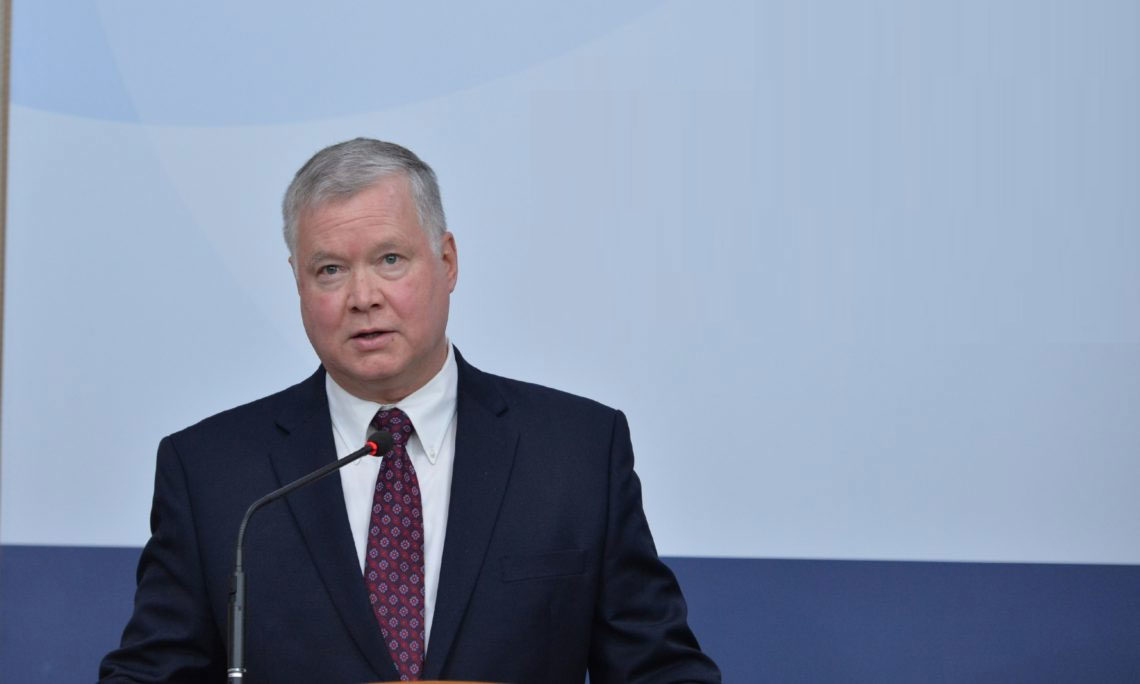 Good morning. It is a pleasure to be back here in Seoul. We are here, of course, to continue the pursuit of a way forward for our negotiations with North Korea.

I just concluded a very productive discussion with my longtime counterpart and friend Ambassador Lee Do-hoon. Thank you, Ambassador Lee, for hosting us today.

President Trump, President Moon, and all of us who serve them have worked hard to keep open the door to negotiations with North Korea. It has been a long year, and we have not made nearly as much progress as we would have hoped, but we will not give up.

I have read closely the many comments from various North Korean officials over the course of the past month. We have heard them all.

It is regrettable that the tone of these statements towards the United States, the Republic of Korea, Japan, and our friends in Europe have been so hostile and negative—and so unnecessary. Most of these North Korean officials now know us, and we know them.

They have met with us on numerous occasions, and they know full well that their remarks reflect neither the spirit nor the content of the discussions we have had with them in Pyongyang, New York City, Washington DC, Singapore, Stockholm, Hanoi, Panmunjom, and elsewhere.
In their statements, much has been said about North Korea’s end of the year deadline. On this point, let me absolutely clear: the United States does not have a deadline, we have a goal—to fulfill the commitments the two leaders made during their historic summit in Singapore.

Over the course of three meetings and various exchanges, President Trump has listened carefully to Chairman Kim. The President has stated repeatedly that he remains confident that Chairman Kim is likewise committed to the same goal as us.

At the President’s direction, our team remains prepared to engage with our counterparts in North Korea to achieve that goal. As I briefed the United Nations Security Council members last week, we have offered any number of creative ways to proceed with feasible steps and flexibility in our negotiations to reach balanced agreements that meet the objectives of both sides.

And just as is the case with President Trump, I remain confident that all of this is possible. I believe we can do this, but the United States cannot do it alone.

Therefore, here today, let me speak directly to our counterparts in North Korea: it is time for us to do our jobs. Let’s get this done. We are here and you know how to reach us.

We are fully aware of the strong potential for North Korea to conduct a major provocation in the days ahead. To say the least, such an action will be most unhelpful in achieving a lasting peace on the Korean Peninsula.

But it does not have to be this way. It is not yet too late. We and the North Koreans have within our hands the ability to choose a better path. But as I said a moment ago, the United States cannot do this alone.

Finally, let me take a moment to wish all of you here today, and all the Korean people, the very best during this holiday season. Those of us who are members of the Christian faith will soon be celebrating Christmas Day, one of the most sacred holy days on our calendar. As always, it is our fervent prayer and hope that this day will usher in a season of peace. I hope all would agree with that sentiment.