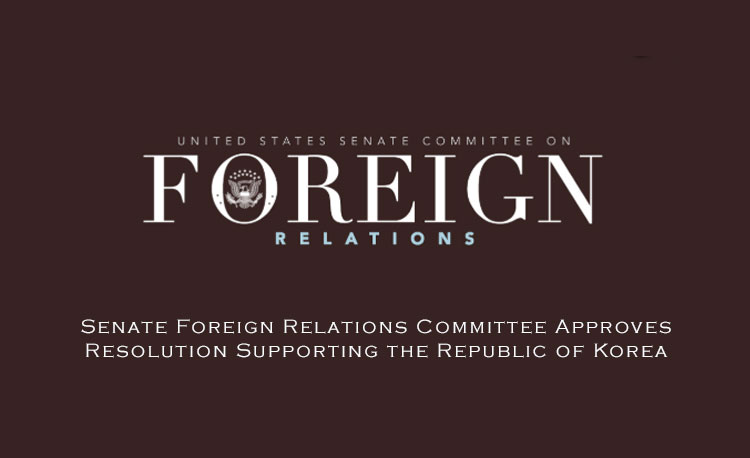 WASHINGTON – Senator Bob Menendez (D-N.J.), Ranking Member of the Senate Foreign Relations Committee, issued the following statement after the Senate Foreign Relations Committee unanimously approved his bipartisan resolution expressing the importance of the United States alliance with the Republic of Korea and the contributions of Korean Americans in the United States.

“This Resolution sends an important message about the centrality of our alliance with the Republic of Korea at a critical time for the region and when our alliance is under increasing pressure,” said Menendez. “Our relationship with Korea is not just one between two nations or of convenience or profit or narrow self-interest. It is a relationship of deep shared strategic interests and values. And, as New Jersey’s Korean-American community can attest, it is a relationship of shared blood, shared families and a shared destiny. I thank Senator Lankford for his partnership on this resolution, and look forward to the Senate joining us, as we celebrate the 100th anniversary of the founding of the First Republic of Korea, in underscoring the importance of the US-Korea alliance.”

The text of the resolution can be found here.