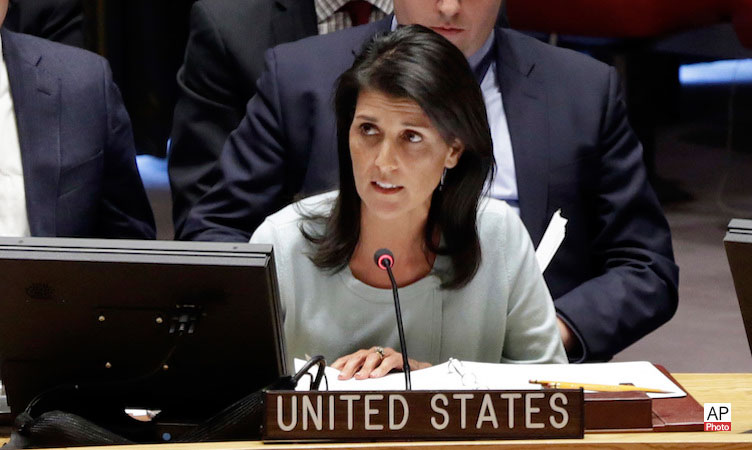 Good morning, and thank you for being here.

We are here today to shed the light of truth and accountability on the crimes being committed by the Kim regime against the people of North Korea.

We have an interesting lineup of speakers for you today. Former Australian High Court Justice Michael Kirby is here. In 2014, Justice Kirby chaired the Commission of Inquiry on Human Rights in North Korea. The seminal report it produced described a regime so dedicated to murder, torture, deliberate starvation, enslavement, rape and forced abortion that it “does not have any parallel in the contemporary world.”

The report also noted that among the people who suffer most are those who are forcibly repatriated after attempting to escape North Korea. The vast majority of these returnees are women. They are subjected to torture, beatings, detention, and, in some cases, execution. If they are pregnant, they are forced to have abortions. If their babies are born, they are ordered to be killed.

Today we will hear the story of a woman who took on the North Korean security state and survived, Ms. Ji Hyeon-A. Ms. Ji was forcibly repatriated three times and imprisoned before escaping from North Korea for good in 2007. The details of her suffering at the hands of the North Korean state’s security apparatus are difficult to hear, but they are necessary to hear.

After she speaks, we will hear from David Hawk, the author of Hidden Gulag and Parallel Gulag and former Executive Director of Amnesty International USA. Mr. Hawk will talk about the North Korean prison system and provide recommendations for what can be done to address human rights abuses in North Korea.

Then we will have lots of time for questions and answers before we wrap up. I want to thank my colleague U.S. Ambassador Kelley Currie for moderating our important discussion today and Australian Permanent Representative Ambassador Gillian Bird for delivering closing remarks.

And I send a special thanks to the Ambassadors of Canada, France, Japan, the Republic of Korea, and the United Kingdom for co-hosting this event and for your leadership on North Korea human rights.

What our speakers will describe this morning is a growing problem. North Korea is devoting more resources to catching and returning defectors. Neighboring states are continuing to be cooperative. And the punishment returnees receive is worsening. This is a timely look at a largely hidden crime. I thank you all for taking the time out of your day to show your concern.