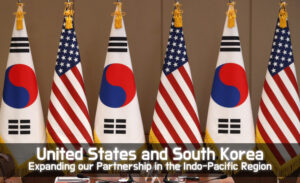 [OP-ED]
By Harry Harris, U.S. Ambassador to the Republic of Korea

Last week the Republic of Korea hosted its third special summit with ASEAN, making it the first nation ever to do so. This distinction is no coincidence. For many years South Korea has played an important role with ASEAN. In November 2017, the Moon Administration announced its intention to build on that legacy with its New Southern Policy initiative focusing on South and Southeast Asia. President Moon’s hosting of this week’s ASEAN summit in Busan confirms the ROK is poised to play an even greater leadership role in the region. The United States government commends this initiative and stands ready to partner with South Korea to advance our shared goals in the Indo-Pacific region.

The story of South Korea’s rapid economic development is well known and serves as a model around the world. Many factors contributed to that development, including Korea’s adoption of the core elements of good governance that go hand-in-hand with innovation, such as property rights, rule-of-law, intellectual property protections, transparent taxes, and improved ease of doing business. It was from this good governance mix that Korea’s corporate titans emerged. Samsung, Hyundai, SK, LG, Lotte, and many more are global leaders and household names recognized around the world for their commitment to excellence. Now, as the ROK embarks on sharing its recipe for economic excellence and success with partners in the Indo-Pacific region, the opportunities for synergistic cooperation and collaboration with our Indo-Pacific Strategy are enormous. Just as our bilateral Alliance is built on a foundation of shared values, mutual respect, and trust, our collaboration in the Indo-Pacific region can be as well.
By leveraging the United States’ deep and rich experience in development assistance with the ROK’s proven credibility as a role model for rapid economic transformation, we can work together to ensure a free and open Indo-Pacific that fosters open investment environments and free, fair, and reciprocal trade. Working together, we can assist governments and companies throughout the region adopt and adhere to policies and standards that are transparent, promote good governance, and advance the rule of law and freedom of the seas. If we follow through on these joint efforts, in collaboration with others, we can launch another wave of economic success across Asia.
I had the honor of leading a delegation comprised of fourteen private sector leaders from Seoul –American and South Korean – to Bangkok on November 4 to the Indo-Pacific Business Forum. We were joined by close to 1,000 business and government leaders from the United States and across the Indo-Pacific to explore how we can expand partnerships in the region. Together with senior ROK government officials, we identified ways to collectively promote the value of high-standard investment, transparency, rule of law, and private-sector-led economic development.

Since January 2017, the United States has invested more than $2.9 billion in the Indo-Pacific region to support infrastructure, energy, and the digital economy – the three priority sectors under our Indo-Pacific Strategy. Our initiatives help countries attract high-quality, sustainable, and transparent investment through clear rules and regulations and strong project preparation.
The time is right to do more together, using a model that has stood the test of time and a formula that has made America and South Korea forces for good in the world.
The bottom line is this: America is a Pacific nation and our legacy in the Indo-Pacific is one of partnership – and not just through our government, but also through our companies, our educational institutions, and our civil society organizations. We look forward to enhancing our partnership with the South Korean government, South Korean companies, and the South Korean people to work together to create a free and open Indo-Pacific in which all countries prosper side by side as sovereign, independent states. Just as “we go together” in the security arena, so, too, do we go together in economics, trade, and development.