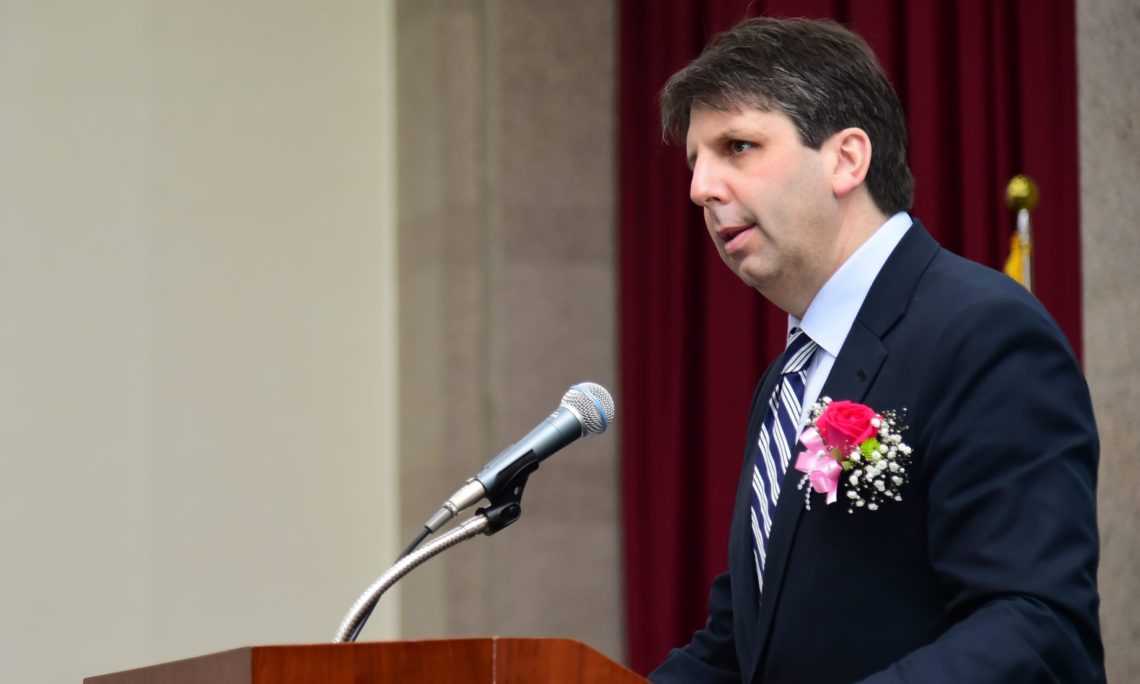 Good morning, everybody.  It’s great to be here.  Thank you, Mr. Mayor and Vice Mayor, for the invitation to participate in the Busan Future Economics Forum, and thank you to all who came out today.

As much as I enjoy Seoul, it is fantastic to get out to other cities in Korea, especially Busan.  I was most recently here attending the Busan International Film Festival, a remarkable festival that showcased how Busan is shaping not just Korea, and not just Asia, but also the world.

Given recent political developments, I know that there is a degree of uncertainty now in both of our countries.  We are waiting to see how the new U.S. administration’s economic agenda, including trade and investment, moves forward.  Once that becomes clearer, we will have a better sense of how to move forward together on this front.

Despite the uncertainty, there is a strong foundation on which to build, as has been proven over the past 60 years through both Republican and Democratic administrations.  The U.S.-ROK relationship is enduring and, because of the decades of hard work together, it is stronger than ever.

And this foundation, this legacy, this history, gives me great confidence in the future.  Seeing as our relationship covers the entire span of security, economics, and people-to-people exchange, it is a global diplomatic partnership that runs very deep.  It’s a broad relationship and I will be focusing on the economic aspects of it today.

Ladies and gentlemen, let me say clearly that our relationship is at its strongest when our economic partnership reaches its fullest potential and a very compelling case can be made that the economic relationship is as strong as it has ever been.

Let me give you just a few numbers to support that claim:

First – in an unprecedented way – our long-term economic policy goals are in very close alignment.  We both want to create jobs.  We both want sustainable, equitable economic growth.  We want innovation, investment, and regulatory coherence.  These will help drive our shared prosperity to new heights.  And to punctuate the closeness of our two countries in those goals, Minister Joo, in a speech he delivered just yesterday before the American Chamber of Commerce in Seoul, articulated a vision and an agenda that was largely in alignment with our own economic policy priorities.

The second reason for optimism is that the nature of our trading relationship has changed over time.  While our companies do compete with each other for sales and market share, and make no mistake about it – competition is a very good thing, they also collaborate and cooperate to an unprecedented degree.  As Minister Joo also said yesterday, “As new types of division of labor and intra-firm trade emerge in the process of the fourth industrial revolution, we will see new windows of opportunities open,” and I agree with that statement.

And third, related to the second reason, there are new areas and opportunities for economic and commercial collaboration between our two countries and our companies.  These opportunities did not exist just a few years ago.  These include infrastructure and energy; especially with the changes to the condensate policy, the reversal of the crude export ban, and green growth in energy sector innovation.  There is also cyber, science and technology, artificial intelligence, to name just a few of the new opportunities that are currently presenting themselves.

So, with that in mind, I would like to take a minute to outline three priority areas where we can move forward on our common economic agenda.  Issue one should come as no surprise:

KORUS is a key pillar of our economic relationship.  It is a very high standard agreement that is envied and copied by the rest of the world.

To be sure, there has been strong – albeit at times slow – progress on KORUS implementation, resulting in a number of market-opening achievements.

During my time as Ambassador, our governments and private sector representatives have collaborated to bring transparency and consistency to a number of areas in KORUS, including rules of origin.

We have worked together to promote innovation in the auto sector by providing credits to automakers when they develop and install new technologies that reduce emissions.

And we have worked to improve cross-border data flows for financial services, to name just a few examples of success.

Nevertheless, there is room for improvement.  I often hear from foreign investors that South Korea is a tougher place to do business than it should be.  One way to remedy this is to work through the outstanding issues to achieve full KORUS implementation.

We need to work together to ensure that we open the domestic legal services market to foreign law firms, to provide smooth and effective clearance of goods through customs agencies, and to ensure that the dispute resolution mechanisms of KORUS are working effectively.  In short, that the obligations of KORUS are fully met and that there is no backsliding [on commitments].

As we move forward with KORUS implementation, we must recognize that we can do even better.  We can dream bigger.  Even if all of the KORUS implementation issues are resolved, we would still be far from unlocking the full potential of our economic relationship, far from creating all the jobs we could, and far from unlocking all the innovative energy in Korea and the United States.

So the second point is that we need to look beyond KORUS, and work together to improve the general business environment.  Often these are issues that fall just outside of KORUS, but impact sectors we all thought KORUS would help expand and grow.

The feedback I’ve received generally falls into a couple of categories:

This obviously creates inefficiencies, and it does so not just for U.S firms, but also for Korean firms, particularly those that are trying to compete abroad.

Two:  Regulations are often instituted with short time horizons and without sufficient consultation with Korean and foreign stakeholders – those most directly affected by the regulations.

Three:  Regulations often lack a common, clearly-defined standard for interpretation and are implemented through informal guidance, often issued over the telephone.  And when government officials change jobs or circumstances change, the interpretation and application of these regulations can rapidly change.

Taken together, these issues present unnecessary obstacles to both Korean firms and foreign investors, and they hold back the free-trade environment that will benefit both our countries.  I was encouraged to hear that, while we have made important progress on this issue, that this is a priority area for Minister Joo, something he highlighted as a shared economic goal between our two countries in his speech yesterday.

This brings me to my last topic:  promoting our shared economic values in other capitals and at multilateral economic fora.

While we work with other like-minded states to institute best practices here in South Korea, it is essential that we also work together to bring these best practices to the rest of the world.

Because our two countries share many of the most important values – such as a commitment to democracy, free and open commerce, and the rule of law – our diplomatic relationship has “gone global,” so to speak.  We are now working around the globe to tackle some of the world’s toughest issues.

Our economic relationship should be no exception.  We welcome opportunities to work hand in glove with Korea as well as other like-minded countries and companies to collaborate and make rules of the road that are fair, consistent, and transparent in the region and around the world.

Here, once again, Seoul has demonstrated a proactive, forward-leaning approach.  The Korean government has invited experts from the OECD to assess its regulatory practices, and officials have participated in workshops around-the-world with colleagues from the United States, United Kingdom, and Australia.

This type of collaboration will not only strengthen the alignment of our trade and regulatory policies, it will also establish the rules for the region and for the world.

Together with other like-minded partners, the United States and Republic of Korea can and should engage on issues of shared economic interest in other regional capitals.  We need to ensure that the rules and regulations for doing business in those markets meet our collective standards and address our stakeholders’ concerns.

To be sure, this is not an exhaustive list.  There are other areas in which work can be done.  Minister Joo spoke about labor market rigidity yesterday, which is a Korean domestic issue.  A U.S. domestic issue that we are working hard on is “SelectUSA,” an important component and program to encourage more foreign direct investment to make it easier for Korean investors to come to the United States.

Let me conclude by saying I am extremely optimistic about the future of our economic relationship.

I am optimistic because our governments and our companies largely share the same view of the challenges and remedies for the issues that confront our bilateral relationship.

I am optimistic because our two nations, working with our partners in industry, have a long track record of success.

I am optimistic because of the things that we bring to the table collectively as an alliance are remarkable:  the world’s largest energy supply, a history of innovation, highly educated people, the greatest development success story in history right here in the Republic of Korea, shared values, the world’s best companies, the highest standard FTA, and our enduring alliance that has been through thick and thin for 63 years.

Thank you very much, and I look forward to your questions.