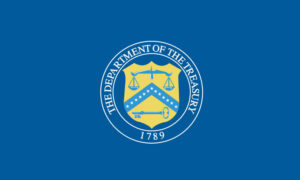 WASHINGTON – Today, the U.S. Department of the Treasury imposed sanctions on two entities involved in the exportation of forced labor from North Korea. These actions were taken pursuant to Executive Order (E.O.) 13722 of March 15, 2016, “Blocking Property of the Government of North Korea and the Workers’ Party of Korea, and Prohibiting Certain Transactions With Respect to North Korea,” and in the spirit of the North Korea Sanctions and Policy Enhancement Act of 2016 (NKSPEA), including as amended by the Otto Warmbier Banking Restrictions Involving North Korea (BRINK) Act within the FY 2020 National Defense Authorization Act (NDAA), which requires sanctions on persons who have knowingly engaged in, facilitated, or been responsible for the export of North Korean workers in a manner that generates significant revenue for the North Korean regime.

“North Korea has a long history of exploiting its citizens by sending them to distant countries to work in grueling conditions in order to financially support Pyongyang and its weapons programs,” said Secretary Steven T. Mnuchin. “Those countries still hosting North Korean workers must send these workers home.”

Today’s action demonstrates the Department of the Treasury’s continued commitment to the implementation and enforcement of U.S. and UN sanctions and should encourage those remaining countries that have not repatriated North Korean workers to take action consistent with UN Security Council Resolutions 2375 and 2397.

Today’s action targets two entities, Mokran LLC, a Russian construction company, and Korea Cholsan General Trading Corporation, a North Korean company operating in Russia, for having engaged in, facilitated, or been responsible for the exportation of forced labor from North Korea, including exportation to generate revenue for the Government of North Korea or Workers’ Party of Korea.

Additionally, today the Department of the Treasury updated the Specially Designated Nationals and Blocked Person List (SDN List) entries for Korea Rungrado General Trading Corporation, Korea General Corporation for External Construction, and Yanbian Silverstar Network Technology Co., Ltd., all previously designated under E.O. 13722 for having engaged in, facilitated, or been responsible for the export of North Korean workers, to provide additional information regarding names and locations of the enterprises. These companies have been involved in sending North Korean workers to Russia and China and operate under a variety of assumed names.

In addition, persons that engage in certain transactions with a person designated today may themselves be exposed to designation. Furthermore, any foreign financial institution that knowingly facilitates a significant transaction or provides significant financial services for any of the individuals or entities designated today could be subject to U.S. secondary sanctions.