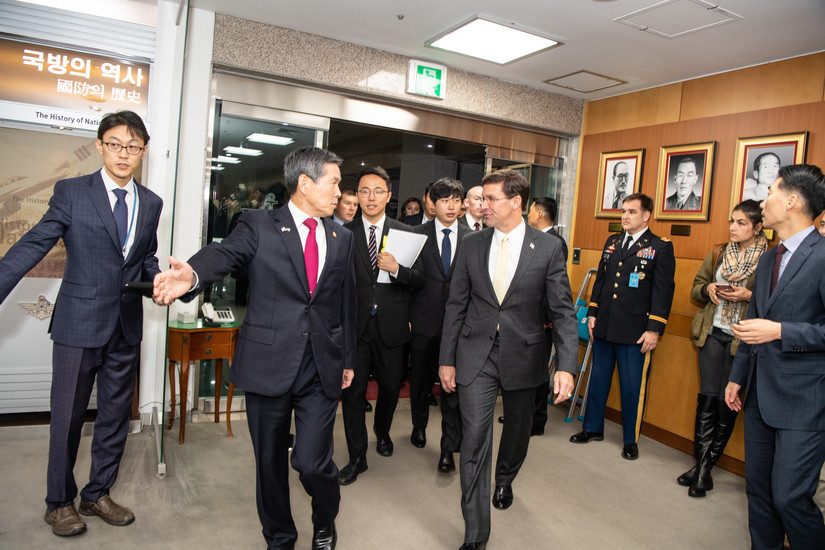 The U.S. and South Korea are postponing a combined flying training event that was scheduled to start tomorrow in South Korea, the chairman of the Joint Chiefs of Staff said yesterday.

“The reason we’re doing that is to give the North Koreans an opportunity to reconsider some of their recent provocations and come back to the negotiating table,” Army Gen. Mark A. Milley told reporters traveling with him.

Defense Secretary Mark T. Esper and South Korean Defense Minister Jeong Kyeong-doo made the official announcement of the postponement during a meeting of defense ministers of the Association of Southeast Asian Nations in Bangkok. Both nations discussed postponing the training event during recent talks in Seoul. President Donald J. Trump and South Korean President Moon Jae-in approved the postponement

The flying training event is a wing-sized event with aircrew from the United States and South Korea. President Donald J. Trump cancelled the predecessor event — Exercise Vigilant Eagle — in 2018.

All nations want North Korea to give up nuclear arms and the means to deliver them. Trump has met twice with North Korean leader Kim Jong Un to fully denuclearize the peninsula. North Korea has been needlessly provocative launching short-range missiles.

“The military stands firmly in support of diplomatic efforts to resolve the situation on the ground peacefully,” Milley said.