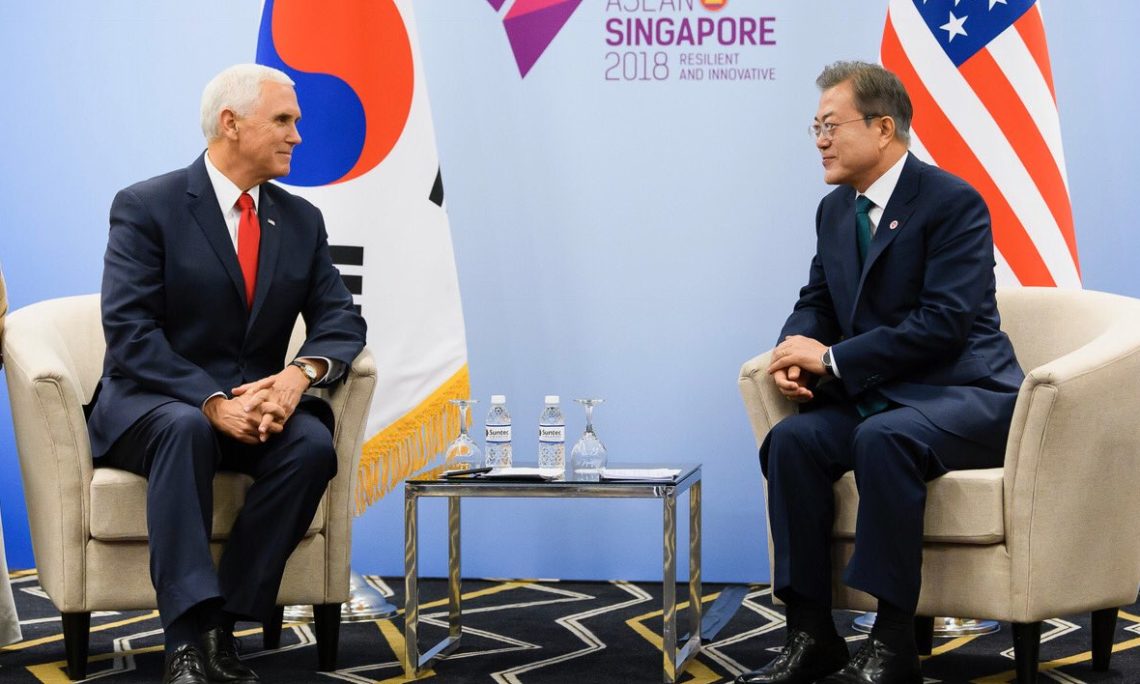 Vice President Mike Pence met today with President Moon Jae-in of the Republic of Korea on the margins of the East Asia Summit. Vice President Pence and President Moon reaffirmed the U.S.-ROK Alliance as the linchpin of peace and security on the Korean Peninsula and in the region. They also discussed the ongoing efforts to accomplish our two countries’ mutual goals of achieving the final, fully verified denuclearization of North Korea, as agreed to by Chairman Kim, and establishing a permanent peace on the Korean Peninsula. Vice President Pence and President Moon noted the importance of close coordination on North Korea-related matters, including on implementing sanctions, inter-Korean cooperation, and committed to continuing the close communication between our two countries.