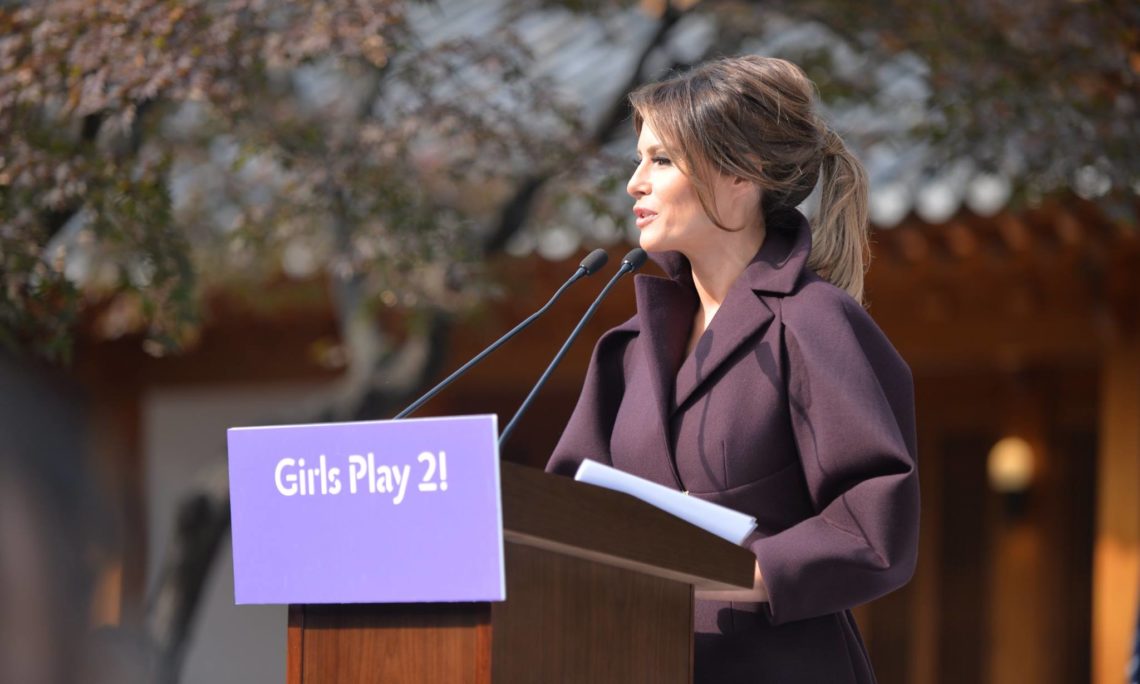 Upon landing at the Osan Air Base in the Republic of Korea, First Lady Melania Trump flew to Seoul to help kick off the United States Embassy’s “Girls Play 2!” campaign, which is a program that garners support for the 2018 Winter Olympics and encourages girls’ increased participation in sports.

Mrs. Trump then joined her husband for a welcoming ceremony at the Blue House.  Following a warm welcome from President Moon and Mrs. Kim, the First Ladies participated in tea and a friendship walk, joining their husbands at a tea house where the couples engaged in friendly conversation.  Mrs. Trump and Mrs. Kim then attended the joint press conference held by their husbands.  The evening ended with a state banquet at the Blue House.

On her second day in Seoul, Mrs. Trump spoke at the U.S. Embassy meet and greet, thanking employees and their families for their dedicated service to our country.  The First Lady then accompanied her husband to his speech at the National Assembly, after which they took part in a wreath laying ceremony at the National Cemetery. The visit concluded with a departure ceremony at Osan Air Base.

“I was honored by the warm welcome we received in the Republic of Korea,” First Lady Melania Trump said. “I very much enjoyed the conversations I had with Mrs. Kim and was impressed by the children I had the opportunity to meet.  I look forward to continuing this friendship and extend my continued support to the people of the Republic of Korea.”