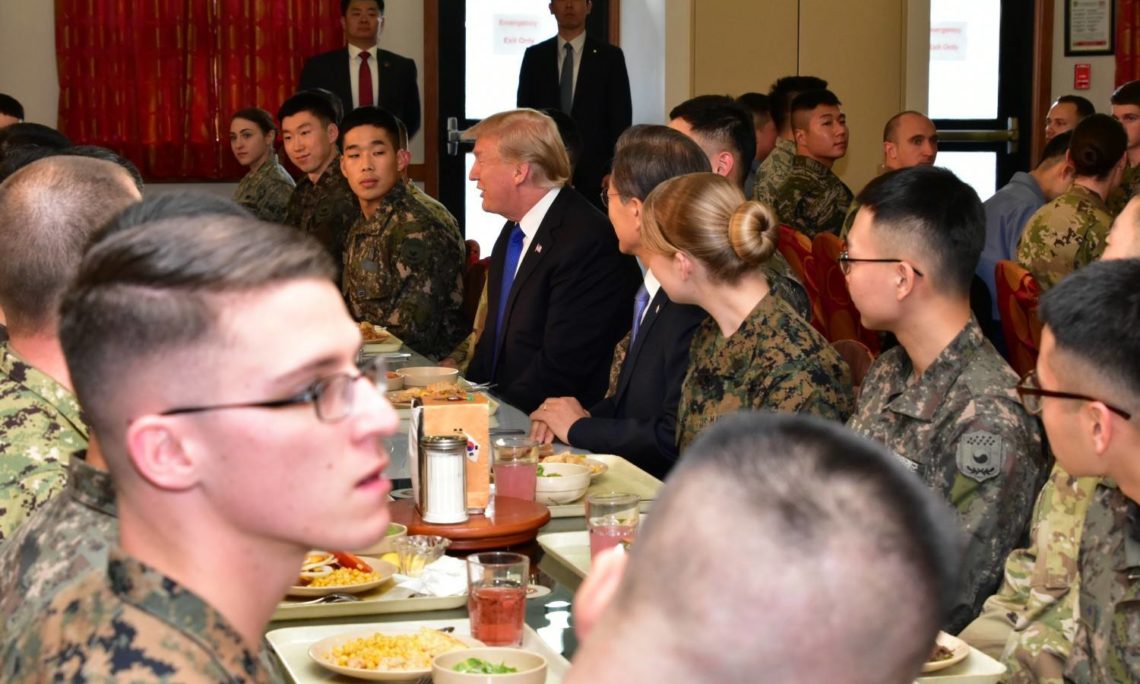 Remarks by President Trump Before Operational Briefing at Camp Humphreys

PRESIDENT TRUMP:  Thank you very much.  I just want to thank General Brooks and everybody that is working with us so hard on the situation in South Korea.  Terrific people.

And we have a very strong schedule today and, actually, for the next nine days.  As you know, we just got back from Japan where we had a very successful two days.  Today will be pretty busy and tomorrow also.  And then we head to China.  And I look forward to that.

There’s great cooperation.  We have a terrific meeting scheduled on trade in a little while with President Moon and his representatives.  And we will — hopefully, that will start working out, and working out so that we create lots of jobs in the United States, which is one the reasons — one of the very important reasons I’m here.

So I want to thank you all for being here.  We appreciate it.  Thank you very much.  We’re going to see you in a little while.  And I think about 4:30, we’re going to be separately meeting with you.

But we appreciate it.  I hope you had a good flight here.  Many of you were on the flight with me, so I know it was pretty good.  And I think you’re probably just as impressed as I am.  This is a very impressive group of people, beyond facilities — people.  These are very impressive people.

So, General, thank you very much.  Appreciate it.  Thank you.