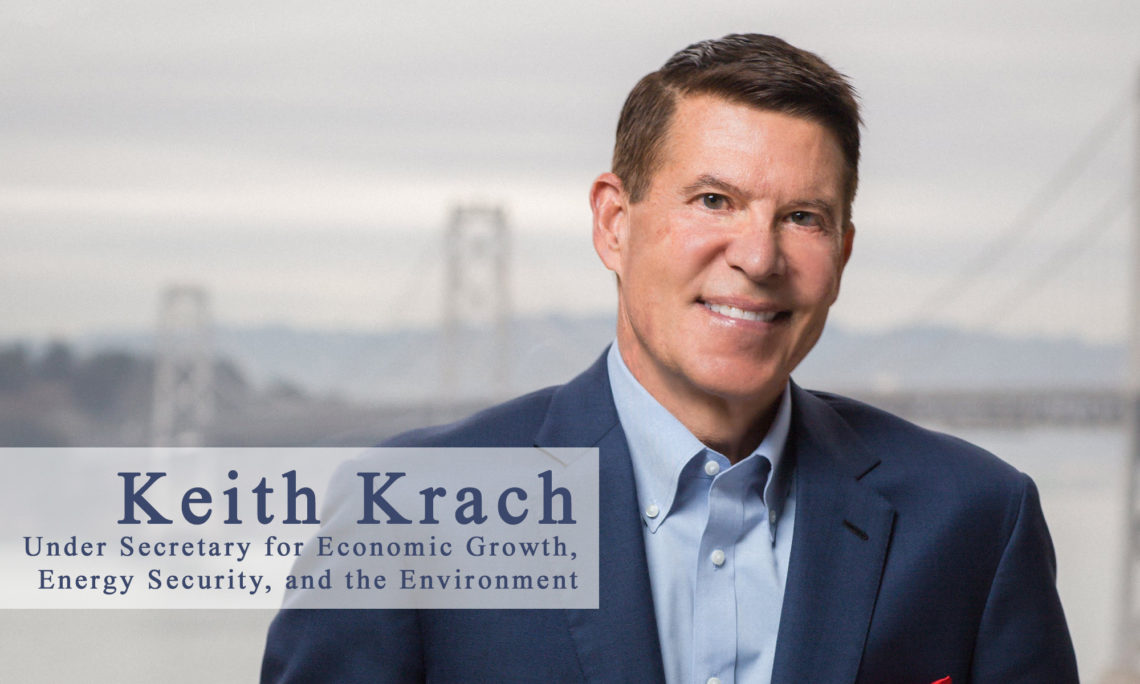 Under Secretary of State for Economic Growth, Energy Security, and the Environment Keith Krach travels to Seoul, the Republic of Korea (ROK), November 5-7.

On November 5, Under Secretary Krach arrives in Seoul. On November 6-7, he will lead the U.S. delegation to both the fourth U.S.-ROK Senior Economic Dialogue and the third Joint Public-Private Economic Forum, to advance U.S.-ROK economic cooperation under the U.S. Indo-Pacific Strategy and the ROK’s New Southern Policy.

The United States and the Republic of Korea have had a free trade agreement, known as KORUS, since 2012, and updated in 2018. The two countries have a strong economic relationship underpinned by over $167 billion of two-way trade in goods and services.

The United States and the Republic of Korea work together in environment, science, health, development, technology, space, cyber, and digital economy, including 5G and more, often in other regions of the world, including the Indo-Pacific.

While in Seoul, Under Secretary Krach will meet ROK government officials and representatives of the U.S. and South Korean business communities.