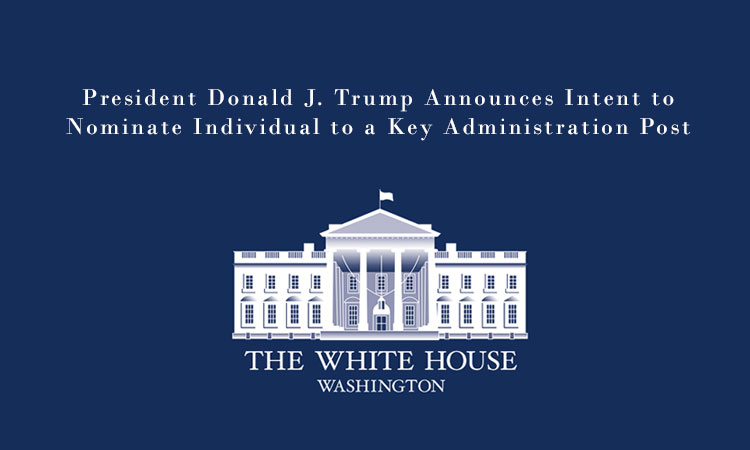 Today, President Donald J. Trump announced his intent to nominate the following individual to a key position in his Administration:

Stephen E. Biegun of Michigan, to be Deputy Secretary of State.

Stephen E. Biegun is the United States Special Representative for North Korea at the Department of State, where he directs all United States policy on North Korea.  Prior to returning to government service in 2018, Mr. Biegun served as Vice President of International Governmental Relations for Ford Motor Company, where he was a third-generation Ford employee.  At Ford, he led an 80-person team located across 20 countries and was responsible for global trade strategy and international risk assessment.  Mr. Biegun has more than two decades of service in the Executive and Legislative Branches of government.  In Congress, he served as national security advisor to Senate Majority Leader Bill Frist, as Chief of Staff of the United States Senate Committee on Foreign Relations, and as a senior staff member of the United States House of Representatives Committee on Foreign Affairs.  At the White House, he served as the National Security Council Executive Secretary, a senior staff position under National Security Advisor Condoleezza Rice.  A graduate of the University of Michigan, Mr. Biegun is a member of the Council on Foreign Relations and has served on the boards of the National Bureau of Asian Research, the U.S.-ASEAN Business Council, the U.S.-Russia Foundation for Economic Development and the Rule of Law, and Freedom House.