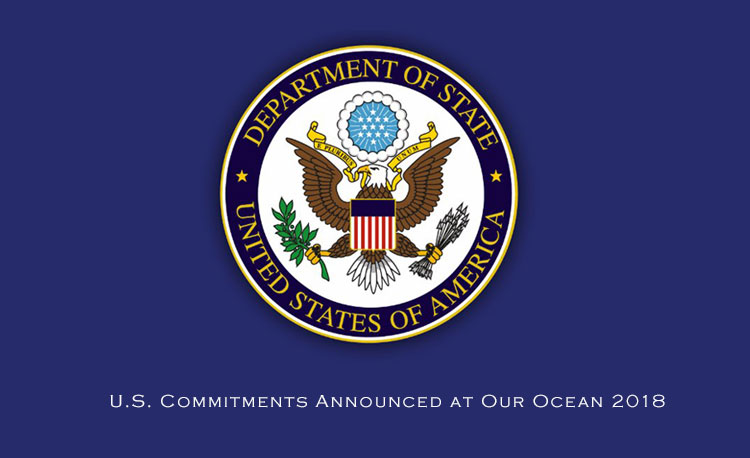 During the Our Ocean Conference in Bali, Indonesia, the United States proudly announced 15 commitments. Together these commitments will strengthen sustainable management of marine resources; prevent plastic and other debris from entering the ocean; support research and observation of ocean ecosystems; and foster partnerships promoting maritime security and a sustainable blue economy.