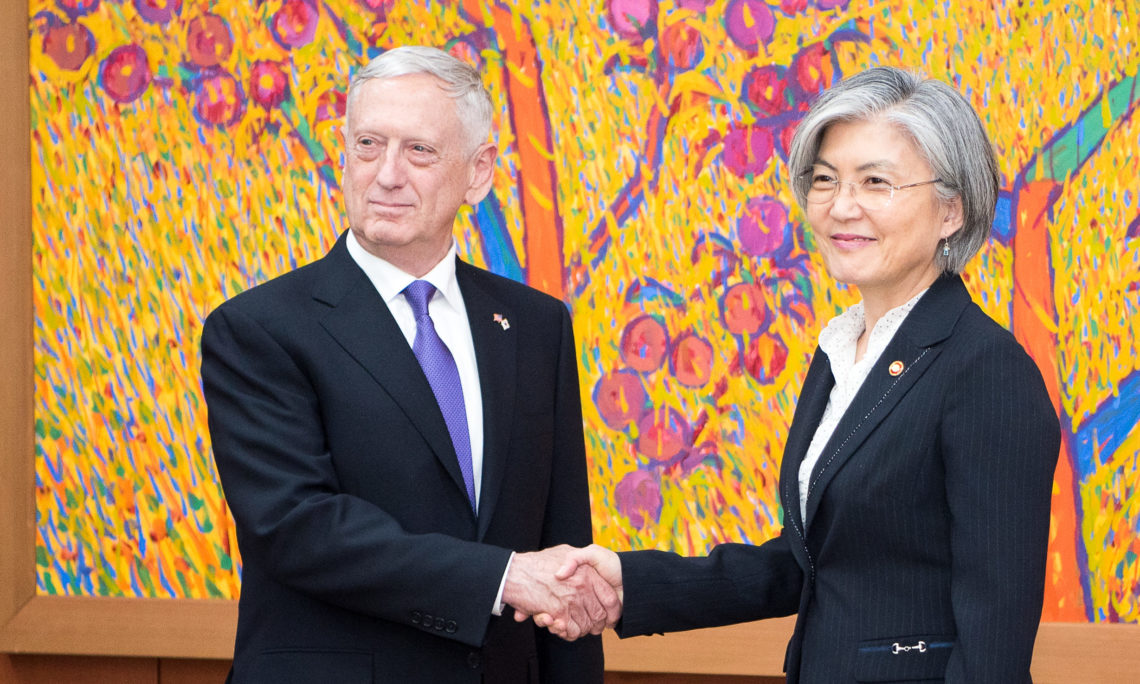 In each meeting, the leaders reaffirmed the strength of the U.S.-ROK alliance, and noted the importance of a strong military to support the diplomatic efforts of the international community to achieve their shared goal of the complete, verifiable, and irreversible denuclearization of the Korean peninsula.

They reaffirmed the U.S.-ROK alliance is the linchpin of peace and security in the Indo-Pacific region, and hailed the deep and close bilateral defense ties that have grown over six decades since the Alliance was formed.

They noted the importance of international diplomatic cooperation to increase pressure on North Korea to show the regime that its unlawful and destabilizing behavior will only result in continued condemnation and isolation from the international community.