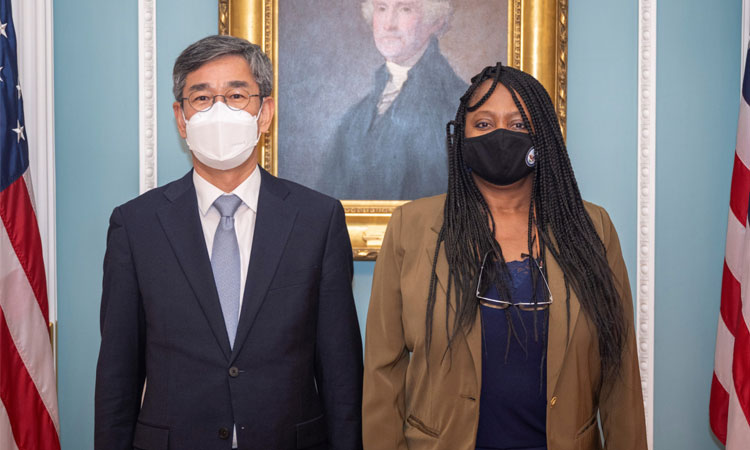 Held for the first time under the Biden-Harris Administration, this consultation was a follow-up to the May 2021 U.S.-ROK Summit where our two leaders reaffirmed their willingness to strengthen cooperation across a wide array of issues, including nonproliferation, global security, and civil use of nuclear energy.

Both sides engaged in an extensive exchange of views and agreed to continue working closely not only on traditional issues such as the nonproliferation of nuclear, biological, and chemical weapons but also on emerging security issues, including space.

For the upcoming 10th Nuclear Non-Proliferation Treaty (NPT) Review Conference (RevCon) in January 2022, the two countries shared their commitment to reinforce the NPT as the cornerstone of the global disarmament and nonproliferation regime.

The two sides also agreed to continue their discussion on the possibility of establishing international norms and on promoting cooperation through the 5th Space Security Dialogue, to be held in Seoul next year.

International Security and Nonproliferation Bureau Senior Advisor Thomas Countryman also met with Deputy Foreign Minister Ham to discuss the 10th NPT Review Conference. They shared their views and priorities for the upcoming RevCon and agreed to work closely to make it a success.