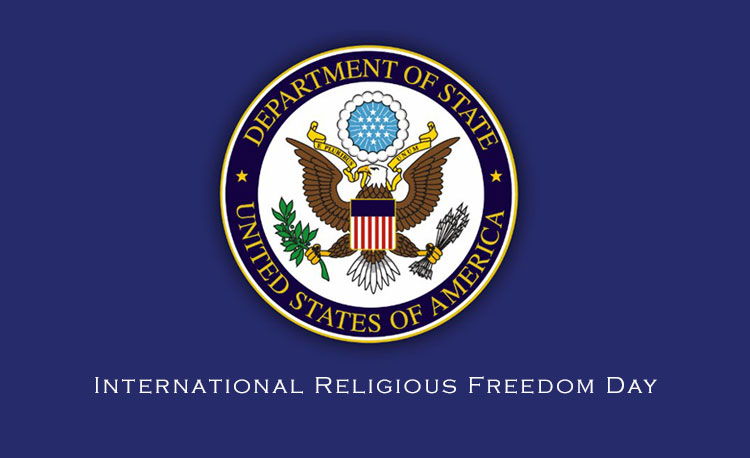 Today we commemorate the 20th anniversary of the signing of the 1998 International Religious Freedom Act (IRF Act) into law. The IRF Act expanded U.S. foreign policy capabilities to promote and defend religious freedom around the world. It builds on our founding fathers’ firm conviction that the freedom of individuals to believe as they see fit is a God-given right that is central to the success of a nation.

The protection of religious freedom is central to the Trump administration’s foreign policy, and protecting this human right is an essential part of who we are as Americans. Religious freedom appears first among the rights enumerated in our Constitution. Where religious freedom flourishes, there is greater stability and more economic opportunity.

In the twenty years since the IRF Act was signed, we have made significant progress. I am proud of the team we have at the State Department, led by Ambassador Brownback, who work tirelessly to advance religious freedom every day. But on this day, we are also mindful of those places around the world where so many are not free to worship or live out their faith as they choose. Today, we reaffirm the inherent worth and dignity found in every person, who are endowed by our Creator with inalienable rights to life, liberty, and the pursuit of happiness. Though the challenges to religious freedom are daunting, they are not insurmountable, and we will continue to work tirelessly to ensure that all may enjoy this universal freedom.