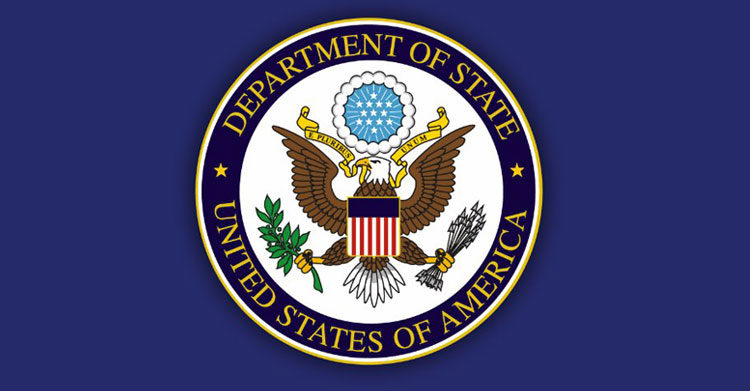 Reports and Other Major Publications: Report on Serious Human Rights Abuses and Censorship in North Korea

This report continues to shine a spotlight on the serious human rights abuses committed by the Government of North Korea, including those involving extrajudicial killings, forced labor, torture, prolonged arbitrary detention, as well as rape, forced abortions, and other sexual violence inside the country. Many of the country’s human rights abuses underwrite the regime’s weapons program, including forced labor in the form of mass mobilizations, re-education through labor camps, and overseas labor contracts. Thousands of North Koreans are sent abroad every year to work in slave-like conditions, earning revenue for the regime.

In addition, the regime’s efforts to control North Koreans’ freedom of movement and access to information reach far beyond its sovereign boundaries. The government deploys security officials on assignments overseas to monitor the activities of North Koreans abroad and to forcibly repatriate individuals seeking asylum abroad.

This report details aspects of the human rights situation in North Korea and the conduct of relevant persons, including those determined by the Secretary of State to be responsible for the commission of serious human rights abuses or censorship in the DPRK.

The Military Security Command (MSC) monitorsmilitary personnel for anti-regime activity and investigates political crimes in the military. According to the UN Commission of Inquiry (COI) on the situation in the DPRK, it is “the military’s own secret police.” While technically part of the Korean People’s Army General Staff Department, the MSC reports to the Ministry of State Security. In practice, its jurisdiction extends beyond the military to ordinary citizens of the DPRK, as well. COI witnesses have stated that the MSC extracts information through torture and those accused of political crimes can be executed without trial by the MSC. Defectors and numerous non-governmental organizations (NGOs) report that the MSC operates special prison camps where military personnel are held indefinitely without trial for political offenses.

Jo Kyong-Chol is the commander of the MSC. According to NGO reports, he is responsible for human rights abuses in the DPRK’s defense-industrial complex. Jo is also responsible for communication and implementation of state policies, including those involving human rights abuses, passed directly to him by Supreme Leader Kim Jong Un to elements of the security apparatus. South Korean media has reported he is considered one of three “angels of death” for his direct involvement in purges soon after Kim Jong Un assumed power, which targeted Kim’s uncle, Jang Song-taek, as well as people close to Jang. According to various NGO and media reports, the purges for which Jang and his associates are responsible involved arbitrary arrest and detention, banishment, and executions conducted without due process. In addition, family members and associates of officials purged with Jang were rounded up and sent to political prison camps without trial.

Sin Yong Il is the deputy director of the MSC. In his capacity as one of four deputies, Sin Yong Il conducts the daily on-the-ground operations for the MSC and has direct knowledge of the special investigations it conducts. He reports to the commander of the MSC, who takes orders directly from Kim Jong Un. According to reports, including reports by foreign governments, he is responsible for tasking and verifying the implementation of orders of censorship, including the crackdown on the flow of foreign information and media devices, and orders to abduct and detain DPRK citizens abroad suspected of seeking asylum.

Jong Yong Su is the minister of labor. In this capacity, he oversees the Ministry of Labor (MOL), which the Department of State identified as responsible for serious human rights abuses in the January 11, 2017, report. As that report notes, the MOL works together with the State Planning Commission (SPC) to implement an economic system based on forced labor. Through the combined efforts of the SPC and the MOL, the government compels lower-class North Koreans to join paramilitary forced labor brigades that essentially serve as slave labor for the regime. According to Human Rights Watch, these brigades work extended periods of time without pay. They are often forced to work up to 14 hours a day, six or seven days a week, with no compensation. In this position, Jong directs the day-to-day activities of the MOL, including direct supervision over the placement of workers in positions of forced labor.

Ri Thae-chol is first vice minister of the Ministry of People’s Security (MPS) and a colonel general in the Korean People’s Army. In the July 6, 2016, report, the Department of State identified the MPS as responsible for serious human rights abuses and censorship. Ri reports directly to the minister of people’s security and communicates policies to the rest of the ministry through the chief of staff. Ri directly oversees the 50 bureaus of the MPS as they restrict the freedoms of expression and movement and operate labor camps known for abuse and torture.

Kim Kang Jin is the director of the External Construction Bureau, a DPRK government agency that manages the construction firms that send laborers from the DPRK to work in countries across the world. The UN special rapporteur on the situation of human rights in the DPRK noted in a February 2017 report that these laborers are reportedly kept under strict supervision by officials from the DPRK and are consequently unable to exercise freedoms of expression, movement, and peaceful assembly. The report further notes that these laborers are subject to “serious violations of international labour standards, including long working hours, delayed and below-minimum-wage payments and lack of safety measures.” The European Alliance for Human Rights in North Korea noted in July 2016 that DPRK laborers sent abroad frequently worked exceedingly long shifts for six days a week, yet most of their pay was repatriated back to the DPRK government, rendering them “state-sponsored slaves.” As director of this bureau, Kim sets policies that allow for dangerous working conditions, long hours, and withholding of pay. These directives create a system of forced labor, which constitutes a serious human rights abuse.

Ku Sung Sop (AKA Ku Young Hyok) is the North Korean consul general in Shenyang, China. Prior to serving in this capacity, Ku was the Ministry of State Security director for foreign counterintelligence. According to foreign government reports, Ku’s primary responsibilities in China include surveillance and monitoring of overseas workers, who are forced to work long hours and have their pay withheld by the DPRK government, and supervising the forced repatriation of North Korean asylum seekers in China.

Kim Min Chol is a second secretary at the DPRK embassy in Vietnam and the Ministry of State Security safety representative. Kim’s responsibilities at the embassy include hands-on participation in the forced repatriations from and disappearances in Vietnam of North Korean asylum seekers from the DPRK. According to a foreign government, in 2013, he led the kidnapping of South Korean missionary Kim Jong Wook, who was later sentenced to hard labor in North Korea.

Chol Hyun Construction is a North Korean company, acting on behalf of the DPRK government, which exports workers from the DPRK to other countries, primarily Gulf States and Africa. According to media reports, Chol Hyun Construction requires its workers in Kuwait to log extremely long hours (on average, 14 hours per day) and confines its workers to their quarters when they are not working. The same report indicates these workers are paid meager salaries. The report explains workers receive roughly $800-$1000 per month, 40 percent of which is paid directly into a North Korean government bank account, 20 percent is withheld by the site supervisor for company operating costs, and another 10 percent is withheld for room and board expenses. The remaining $165-$200 per month belongs to the worker, but workers are often required to give their cash to the site supervisor for “safe-keeping.” These workers are also forbidden from leaving the work site and group housing facility without permission from the North Korean security officer assigned to the work site. A South Korean media outlet also reports that North Korean workers in the Middle East, including employees of Chol Hyun Construction are kept in slave-like conditions, including having salaries and passports withheld by DPRK security officials assigned as site supervisors, meager food rations, poor living conditions, and severe restrictions on their freedom of movement.