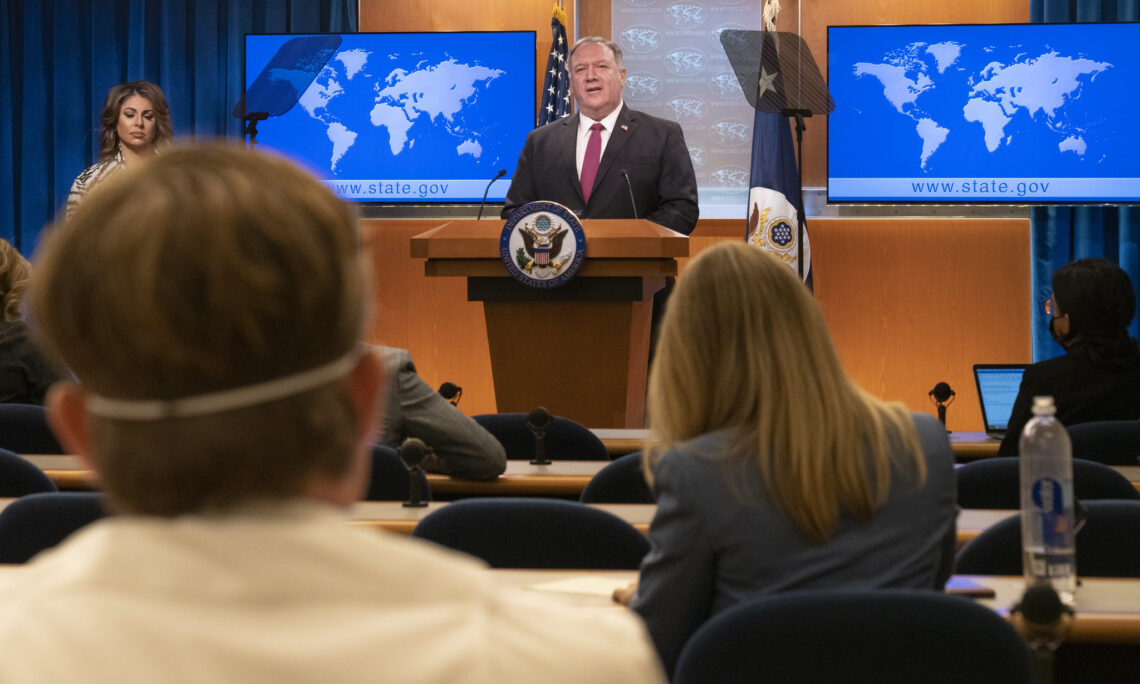 […]
QUESTION: Yeah. I have two questions on the South and North Korea. Recently President Moon Jae-in of South Korea mentioned about the declarations of the end of the war with North Korea. Is it possible that the North – without North Korea nuclear – abandonment? And I have a second question: So will there be any change of USFK if the defenses cost share is not met enough for the United States?

SECRETARY POMPEO: So our position on that set of issues, that suite of issues with respect to denuclearization of North Korea, a brighter future for the North Korean people, which would obviously include documents that would change the status between North and South Korea. There’s been no change in the way the United States thinks about this. We continue to believe that there’s an important, good outcome for global peace and stability and for the North Korean people, and we hope that we can get back to the table and begin to have those discussions in a serious way and would ultimately lead to what the president of South Korea was speaking to.

QUESTION: And second question, do you have anything about the cost sharing within South Korea, if not it may be enough in – for the United States and DOD still leaving the U.S. troops in South Korea?

SECRETARY POMPEO: Yeah, we’re still working our way through it. I don’t have anything to announce today. The discussions, the conversation about appropriate burden sharing there continues. [Full Text]