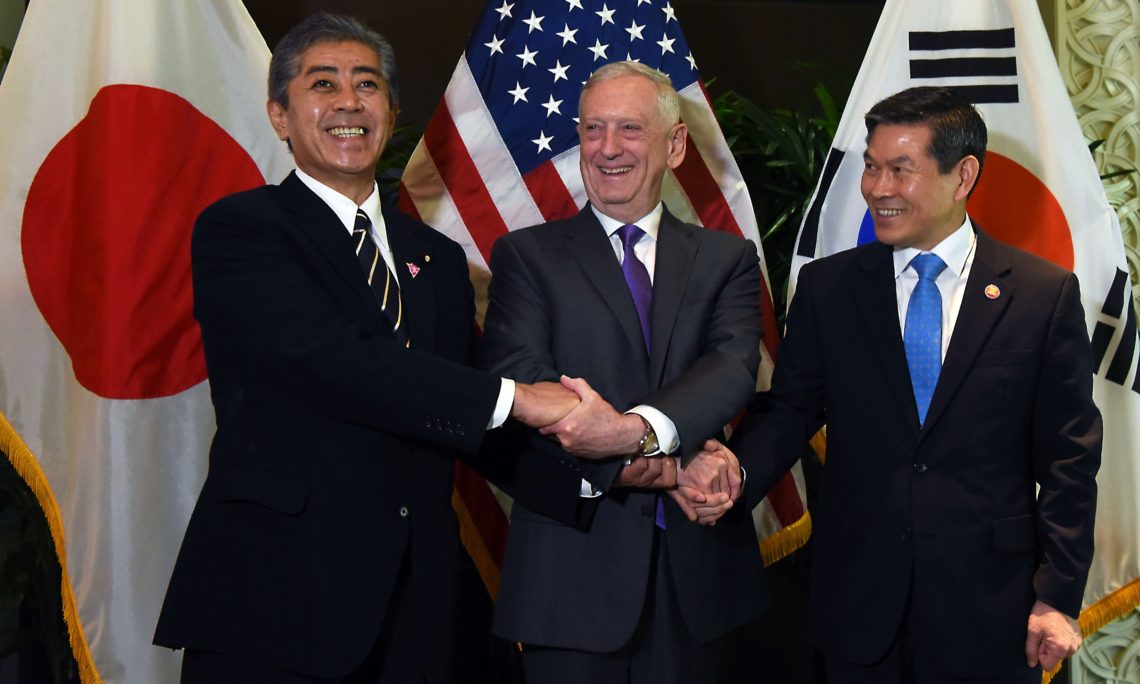 Secretary of Defense James N. Mattis met with Defense Ministers Takeshi Iwaya of Japan and Jeong Kyeong-doo of the Republic of Korea, to reaffirm the long-standing defense relationships between the three nations.

The leaders discussed a broad range of defense and policy issues, and the Secretary thanked the Ministers for their country’s commitment to a prosperous, enduring relationship with the United States.

They agreed to continue expanding cooperation in the Indo-Pacific and East Asia.

Secretary Mattis acknowledged Japan and South Korea for being staunch allies during turbulent times in the region.