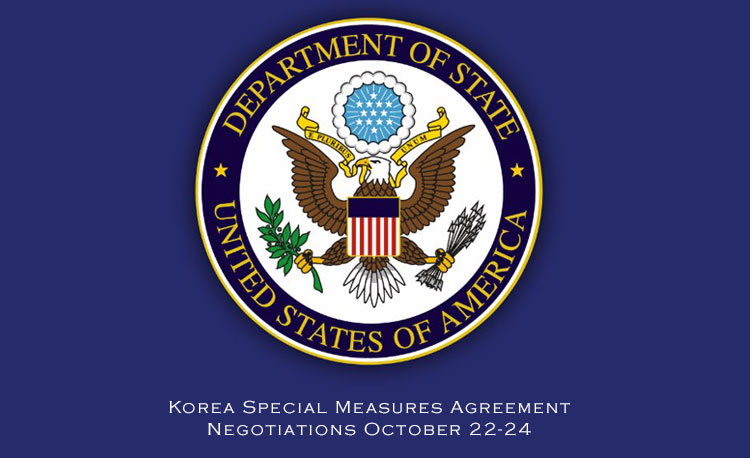 The United States invests significant military resources and capabilities to meet our defense treaty obligations around the world.  Satisfying these obligations comes with enormous costs.  Sustaining the costs of our global military presence is not a burden that should fall on the U.S. taxpayer alone, but is a responsibility that should be shared fairly with allies and partners who benefit from our presence.

The United States seeks a fair and equitable outcome to the SMA negotiations for both countries that will strengthen and sustain the resilient U.S.-ROK Alliance.