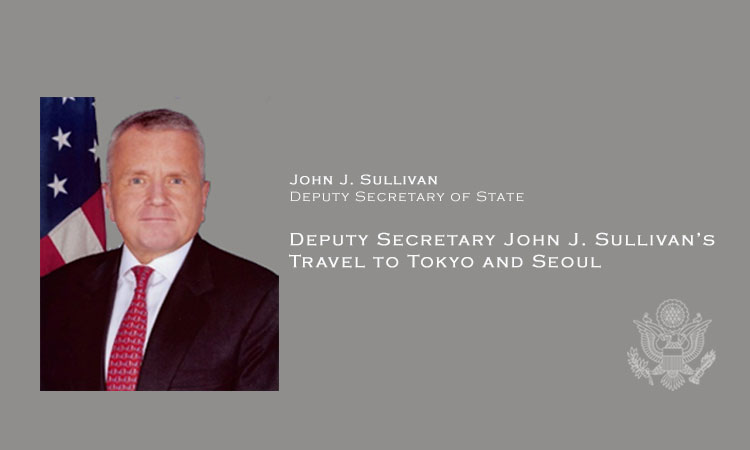 Deputy Secretary of State John J. Sullivan will travel to Tokyo and Seoul for a Deputies-level trilateral meeting hosted by the Republic of Korea on October 18.  The trilateral meeting will focus on strategic coordination related to the urgent threat from DPRK’s advancing nuclear weapons program and include discussion on regional and global areas of cooperation.

The Deputy Secretary also will hold bilateral meetings in Tokyo from October 16-17 and in Seoul from October 18-19.  He looks forward to engaging with U.S. Embassy staff in both Seoul and Tokyo, U.S. Forces Korea in Seoul, as well as representatives from the business community and civil society.