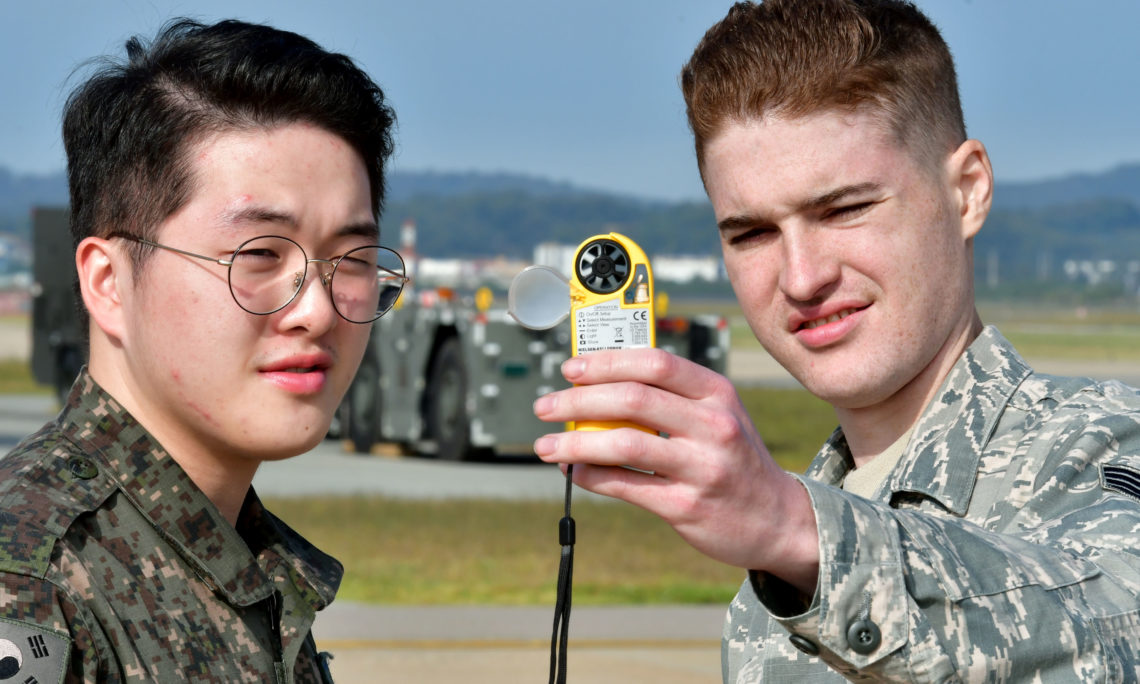 Accurate weather forecasting is integral in assisting the flying units with weather information specific to each mission.

Therefore, American and South Korean air force weather observers stationed here work together to provide better forecasts to the base.

“We work side by side with a South Korea air force observer that goes out with us during observations, and we both agree on an observation,” said Air Force Capt. Steven Gardner, 51st OSS Weather Flight commander. “Since we’re only here for a year or so, it’s nice to have the South Koreans as partners. They’ve lived here their whole lives and know the weather for the local area. By using both our tools and equipment we can combine all that information to make a better forecast than if we were doing it by ourselves.”

A change in weather can quickly cause a change in plans, Gardner said.

“Weather impacts everything, to include all military operations and intelligence, that help leaders make the final decision on mission execution,” he said. “So, being the focal point for all weather allows us to better inform and help prepare the base.”

“Working with the Koreans is very advantageous for us,” Nurse said. “It allows us to provide a single site picture for decision-makers to use. Instead of having multiple forecasting, you now have one between the U.S. and South Korean air forces that helps them come to a decision quicker.”

‘One Team, One Forecast’

The main goal for the American and South Korean weather personnel is to be “One Team, One Forecast,” Gardner said.

“Meaning, we are one team working together to make the best forecast to benefit the fight,” he added.

Working together helps to strengthen the U.S.-South Korean alliance, ensuring its members are prepared for challenges they may face, Gardner said.

“Better environmental intelligence leads to a distinctive advantage on the battlefield,” he said.