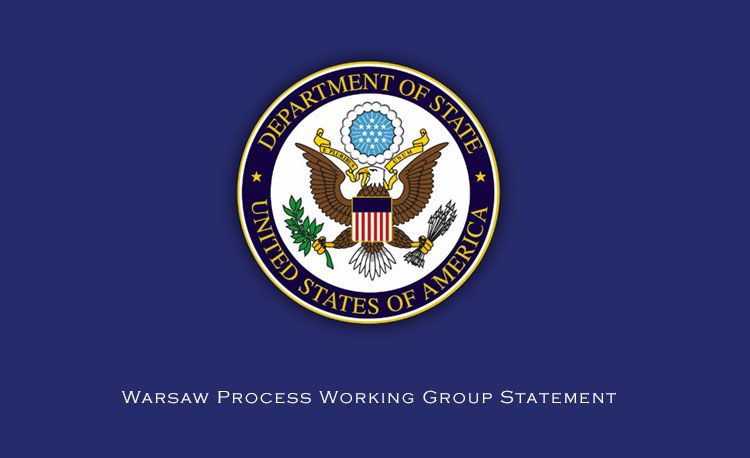 The United States, Poland, and the Republic of Korea convened the Warsaw Process cybersecurity working group in Seoul October 7 to 8.  Nearly 50 delegations from around the world participated in the working group.  Delegations discussed the importance of strengthening cooperation to promote stability in cyberspace, deter malicious cyber activity, combat cybercrime, and protect critical infrastructure.  The working group will continue to facilitate cooperation on cyber issues with regional actors in advance of a second ministerial in 2020.

The Warsaw Process was launched by the United States and Poland in February following the Ministerial to Promote a Future of Peace and Security in the Middle East.  The initiative, which consists of seven expert-level working groups, is promoting stability in the Middle East through meaningful multilateralism that fosters deeper regional and global collaboration.  The human rights working group will meet October 10-11 in Washington, D.C.

Click here for the text of the working group statement released following the conclusion of the meeting.