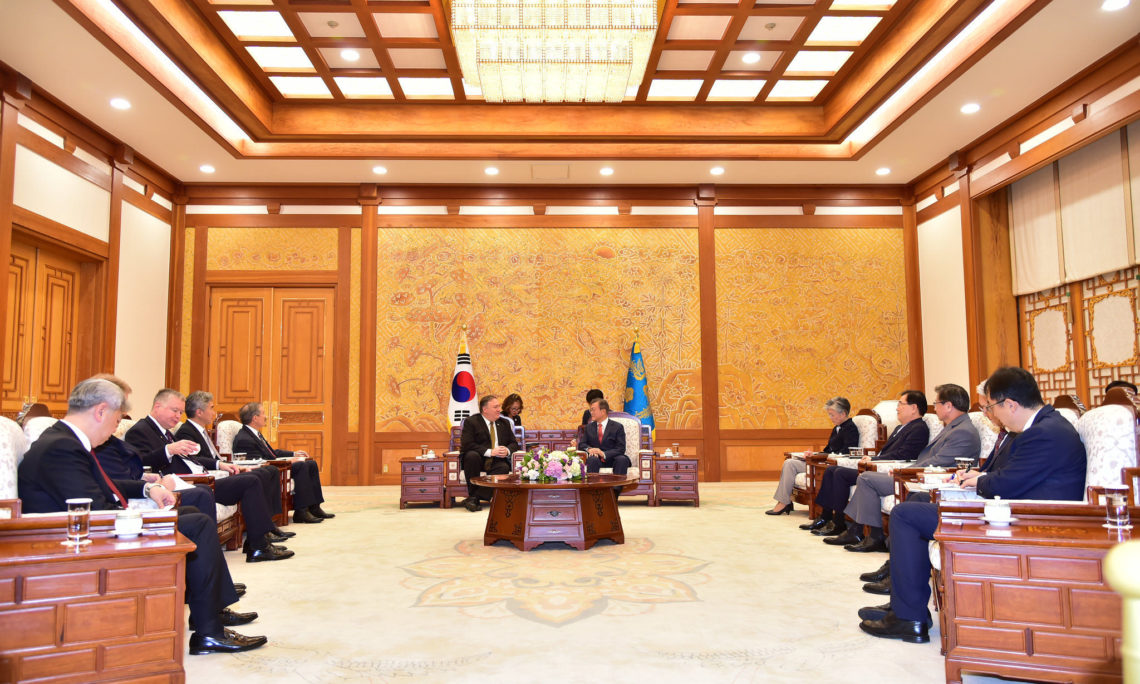 Secretary of State Michael R. Pompeo visited Seoul October 7-8 and met with President Moon and Foreign Minister Kang to give a readout of his October 7 trip to Pyongyang. Secretary Pompeo briefed on his meeting with Chairman Kim, which included his introducing Chairman Kim to Special Representative for North Korea Biegun as his chief negotiator, plans for a second U.S.-DPRK summit, and discussions on achieving the commitments of the June Singapore Summit including the final, fully verified denuclearization of the DPRK as committed to by Chairman Kim and President Trump.

Secretary Pompeo and Foreign Minister Kang also re-affirmed their commitment to the U.S.-ROK Alliance and continued close coordination with Japan on a unified response to the DPRK.