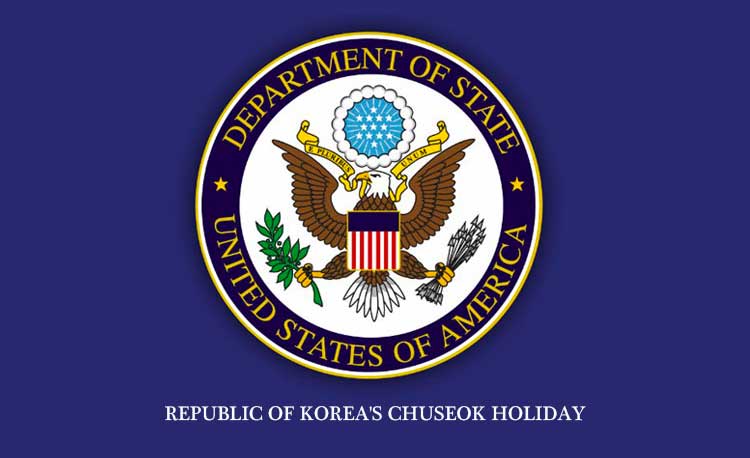 On behalf of President Trump and the people of the United States, I extend my warmest wishes to the Korean people during the Chuseok holiday this October 4.
Chuseok is a time when Koreans gather in observance of the harvest season to celebrate food, family, and the blessings of the year. Much like Thanksgiving in the United States, whether you are celebrating with friends or family, at home or abroad, this is a time of reflection and appreciation for our traditions and relationships.
The alliance between the Republic of Korea and the United States remains strong, and the friendship between our peoples forms the bedrock of that alliance. We will continue to stand with the Republic of Korea in the face of regional challenges. To all Koreans from all Americans, I wish you the best on this Chuseok holiday.