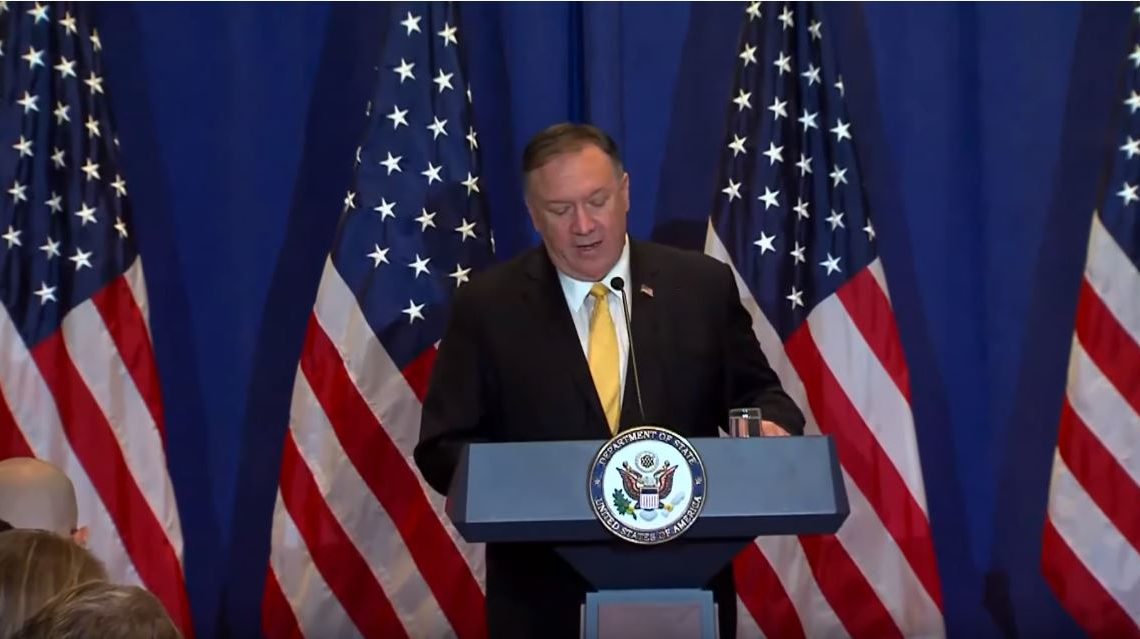 QUESTION:  Good morning, Mr. Secretary.  Ben Marks with NHK.  On North Korea, the North Koreans said that they had intentions to meet with the U.S. some time this month, yet the foreign minister did not come to UNGA this year.  I’d just like to get your reaction on that.  And are there any concrete planned meetings in the near future between the U.S. and North Korea?

SECRETARY POMPEO:  So we’ve seen these public statements that indicated that we were hopeful there’d be meetings – working-level meetings – by the end of this month, by the end of September.  We have not been able to make those happen, and we don’t have a date yet when we’ll be able to get together.

I – the North Koreans know, and I’m happy to affirm here again this afternoon, we’re ready.  Our team’s prepared to meet with them.  We think it’s important that we do so.  We believe there are opportunities to engage in conversations that are important and can advance the objectives that were set out in Singapore now a year and a half ago.  And I – we hope the phone rings and that we get that call and we get that chance to find a place and a time that work for the North Koreans and that we can deliver on the commitments that Chairman Kim and President Trump made.  But I don’t have that in hand yet.  I hope that before too long I can announce that we do and the team, Special Representative Biegun and the team, can get after it.  I think it would be good for North Korea, for the United States, for South Korea, Japan, for China, all the neighboring nations, as well as the entire world. [Full Text]