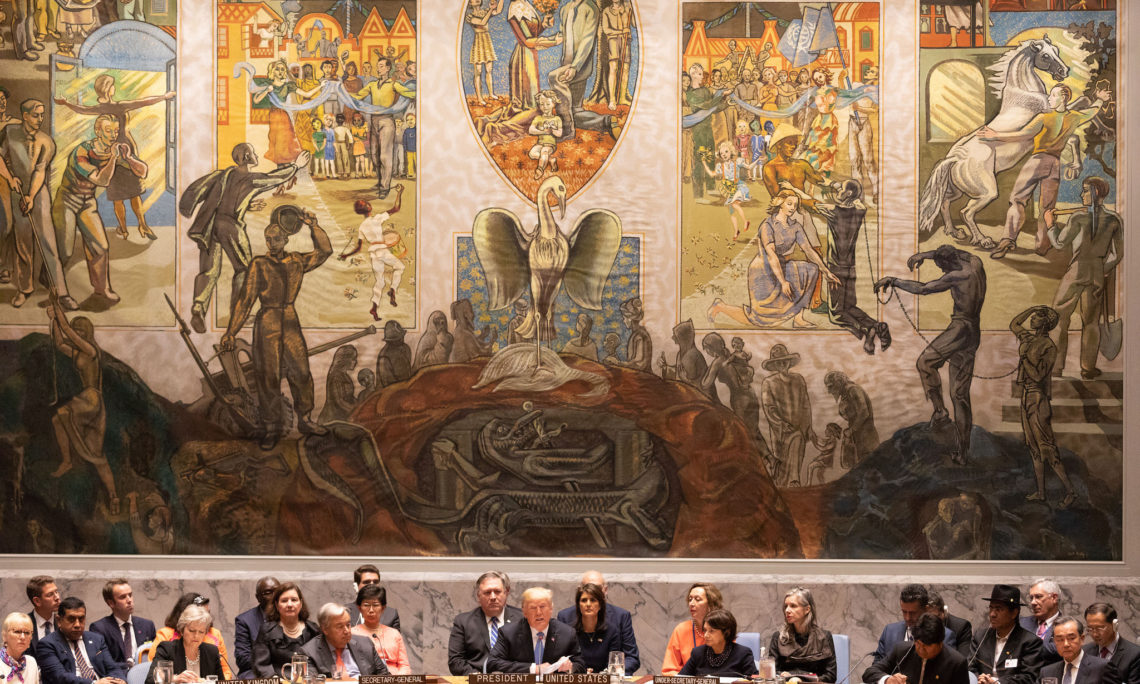 Regrettably, we found that China has been attempting to interfere in our upcoming 2018 election coming up in November against my administration. They do not want me, or us, to win because I am the first President ever to challenge China on trade. And we are winning on trade. We are winning at every level. We don’t want them to meddle or interfere in our upcoming election.

As I also mentioned yesterday, we have seen the results of historic efforts to open new pathways to peace on the North Korean Peninsula — on the Korean Peninsula. And that’s something we are extremely proud of.

In June, I held a historic summit with Chairman Kim Jong Un in Singapore, where he reaffirmed his commitment to complete denuclearization. Last week, Chairman Kim reiterated that commitment to President Moon at their third summit, and to me in a very strong letter form.

I think we will make a deal. But unfortunately, to ensure this progress continues, we must enforce existing U.N. Security Council resolutions until denuclearization occurs.

However, we have detected that some nations are already violating these U.N. sanctions. This includes illegal ship-to-ship transfers, which must end immediately. The safety of the Korean Peninsula, the region, and the world, depends on full compliance with U.N. Security Council resolutions. Very, very important.

But most importantly, I believe that Chairman Kim Jong Un, a man I have gotten to know and like, wants peace and prosperity for North Korea. Many things are happening behind the scenes — away from the media, which nobody knows — but they are happening nevertheless and they are happening in a very positive way. So I think you will have some very good news coming from North Korea in the coming months and years.