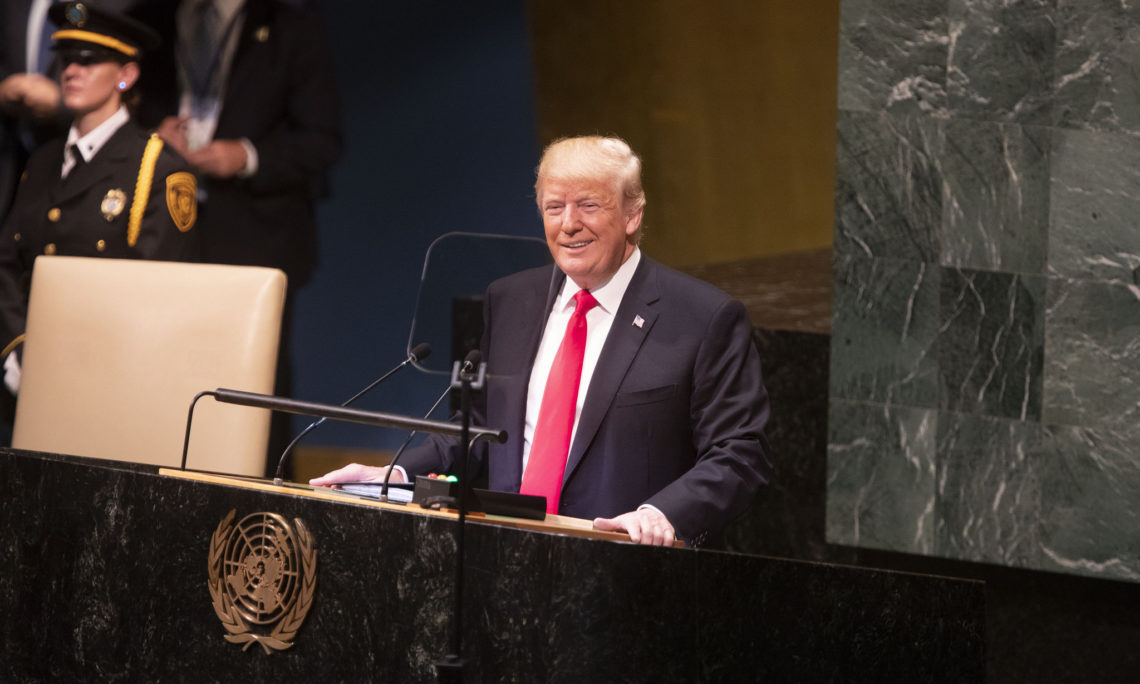 […]
With support from many countries here today, we have engaged with North Korea to replace the specter of conflict with a bold and new push for peace.
In June, I traveled to Singapore to meet face to face with North Korea’s leader, Chairman Kim Jong Un.

We had highly productive conversations and meetings, and we agreed that it was in both countries’ interest to pursue the denuclearization of the Korean Peninsula. Since that meeting, we have already seen a number of encouraging measures that few could have imagined only a short time ago.

The missiles and rockets are no longer flying in every direction. Nuclear testing has stopped. Some military facilities are already being dismantled. Our hostages have been released. And as promised, the remains of our fallen heroes are being returned home to lay at rest in American soil.

I would like to thank Chairman Kim for his courage and for the steps he has taken, though much work remains to be done. The sanctions will stay in place until denuclearization occurs.

I also want to thank the many member states who helped us reach this moment — a moment that is actually far greater than people would understand; far greater — but for also their support and the critical support that we will all need going forward.

A special thanks to President Moon of South Korea, Prime Minister Abe of Japan, and President Xi of China.
[…]
Last month, we announced a groundbreaking U.S.-Mexico trade agreement. And just yesterday, I stood with President Moon to announce the successful completion of the brand new U.S.-Korea trade deal. And this is just the beginning. [Full Text]