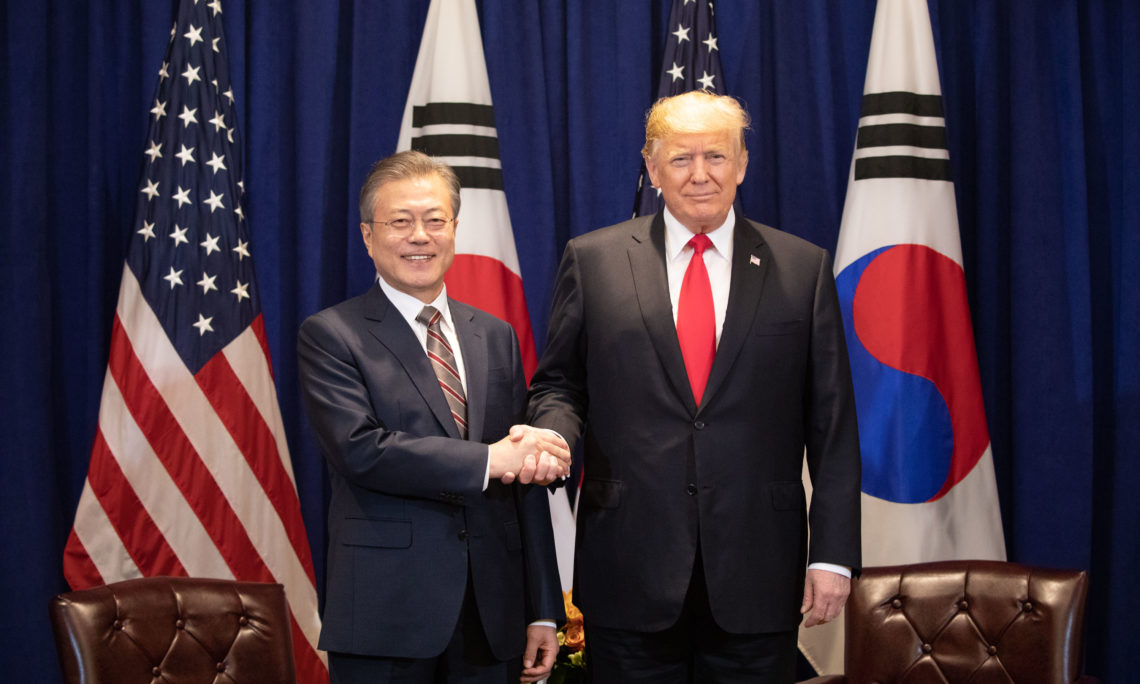 Today, President Donald J. Trump met with President Moon Jae-in of the Republic of Korea in New York.  President Moon shared with President Trump the outcomes of the September 2018 inter-Korean summit, which included Democratic People’s Republic of Korea Chairman Kim Jong Un’s reiteration of his commitment to complete denuclearization.  President Trump commended President Moon on conducting a successful third inter-Korean summit with Chairman Kim, and noted that there remained much work to be done to accomplish their mutual goal of achieving the final, fully verified denuclearization of North Korea.  The two leaders agreed on the importance of maintaining vigorous enforcement of existing sanctions to ensure North Korea understands that denuclearization is the only path to economic prosperity and lasting peace on the Korean Peninsula.  Both leaders also discussed plans for a second summit between President Trump and Chairman Kim in the not too distant future and committed to closely coordinate on next steps.