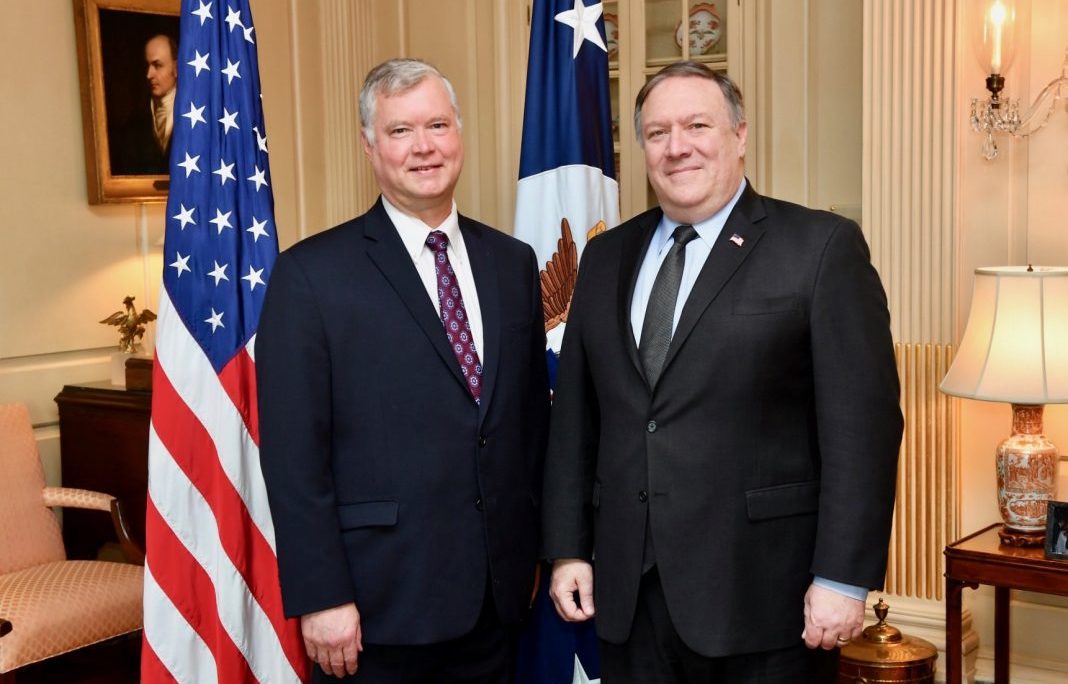 The newly appointed U.S. special representative for North Korea will make his first diplomatic trip abroad this month, traveling to the capitals of South Korea, China and Japan.

In the September 10–15 trip, Biegun will meet with his counterparts and continue diplomatic efforts to achieve the “final, fully verified denuclearization of North Korea” that Chairman Kim Jong Un agreed to at the summit with President Trump in Singapore, the State Department said.

What is the big deal about a special representative?

Special representatives are senior State Department officials who lead and coordinate the government’s diplomatic efforts on critical issues or specific regions. The representatives answer directly to the Secretary of State.

“I will work closely with my colleagues here at the State Department and throughout the U.S. government, as well as our allies and partners around the world, to achieve our shared goal of a safer and more peaceful world,” Biegun said when he was appointed.

Who is Stephen Biegun?

Biegun is a former Senate and White House staff member who has a long history working in national security and international affairs. He joins the State Department from his role as vice president of international government affairs at Ford Motor Company. In that position, Biegun “closely engaged foreign governments to advance Ford’s goals all around the world,” Pompeo said.

Prior to joining Ford, Biegun worked as a national security adviser to former Senate Majority Leader Bill Frist and as executive secretary at the National Security Council under President George W. Bush.

He also served on the boards of the National Bureau of Asian Research and the U.S.-ASEAN Business Council.

What is Biegun’s job?

As the special representative, Biegun will lead negotiations and spearhead diplomatic efforts with U.S. allies and partners, Pompeo said. “Steve is eminently qualified for the task and clear-eyed in the challenge before us.”

“I’m fully confident that he will be able to lead our mission in ensuring a secure future for the American people and — we hope — a far brighter future for the people of North Korea,” the secretary said.

Biegun said he fully understands the importance of the job. “The issues are tough, and they will be tough to resolve. But the president has created an opening, and it’s one that we must take by seizing every possible opportunity to realize the vision for a peaceful future for the people of North Korea,” he said.