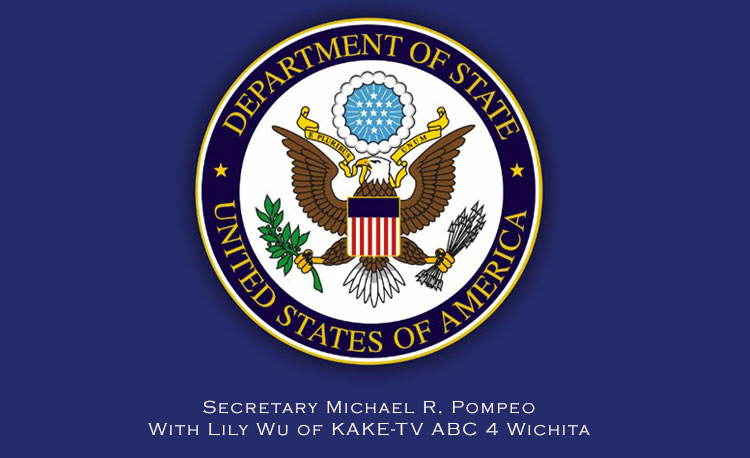 SECRETARY POMPEO:  So we’re working lots of opportunities.  We’re trying to convince Chairman Kim to complete the promise that he made back in June of last year to President Trump that said he would denuclearize.  We’re focused on Afghanistan too – we want to get that right.  We have to protect America from terrorism threats, but we’ve had an awful lot of boys and girls killed there and we want to make sure we strike the right balance.  Iran continues its malign behavior all around the world.  I’ve spent a fair amount of time on that.  The list of opportunities is long, but as long as we stay focused, as long as we understand that America is a force for good around the world and that our first mission as diplomats is to protect the American people and deliver on an “America First” foreign policy that respects our founding, Americans will continue to be successful.  And we’ll do good work not only for the people here, but for people all around the world as well. [Full Text]